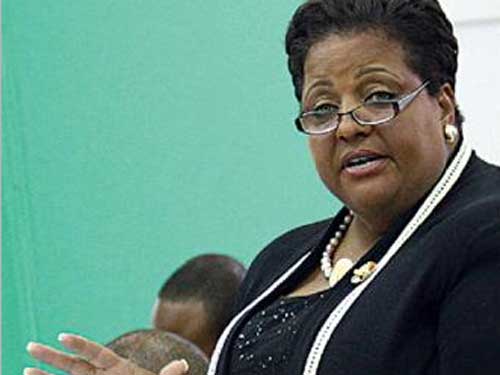 Deputy Leader of the Free National Movement Loretta Butler-Turner said the government’s new crime plan is a “good effort” but questioned if the changes would tire out police officers and weaken the nation’s borders.

“You know we’re challenged on all sides when it comes to dealing with the marine resources of our country,” Butler-Turner told The Nassau Guardian. “A hundred and fifty defence force officers is a significant percentage of our overall defence force. Twelve-hour shifts are very strenuous. I would like to know that the police officers who are going to be on the beat are also going to get their rest periods.”

Last Friday, National Security Minister Dr. Bernard Nottage announced that all police officers on New Providence will immediately be placed on 12-hour shifts. He also said 150 defence force marines will be immediately deployed to assist with the crime fight.

The decision came in the wake of a number of murders and violent attacks.

The plan has already attracted other criticism. Over the weekend, prominent religious leader Bishop Simeon Hall said it is too soft and does nothing to address the problem of repeat offenders who, he said, are at the root of the crime problem.

When asked about detractors of the plan yesterday, Prime Minister Perry Christie said he knew it would attract criticism but stressed that the government had to act in the face of escalating street violence.

“What we can’t do is do nothing,” the prime minister told reporters outside the Progressive Liberal Party’s headquarters.

He said his government wants more police officers on the ground and will support the Royal Bahamas Police Force with more recruits and cars. The prime minister said he told Nottage the force needs 100 new police recruits and they should be assigned to frontline duties in New Providence.

“We just don’t have the bodies, so the defence force will help us with the bodies and the disciplined bodies. We can’t have people on the beach having their privacy invaded, home invasions. We have to have this thing stopped,” Christie said.

“People are being caught now virtually as soon as they commit the crime, but the fact of the matter is we have to prevent it. That’s why we need the additional bodies. We just have to make it work.

“We cannot allow these relatively few people to destroy this country. We have no choice but to continue moving aggressively forward and to deal with this head on.”

Butler-Turner said she hopes the government’s initiatives are successful.

“I really pray that this plan works because our country right now is under a huge cloud of darkness with the amount of murders we’ve had over the past two weeks,” she said.

Before he spoke to reporters, Christie gave an address to the PLP’s Womens’ Branch.

He said the government is going to soon have 10 courts working simultaneously to reduce the number of defendants on bail for serious crimes.

Christie also shot down a report that was printed in The Tribune last week which claimed that after giving a public lecture he said he was “too tired” to answer questions.

Christie said it appears as though his government is held to a higher standard than other parties.