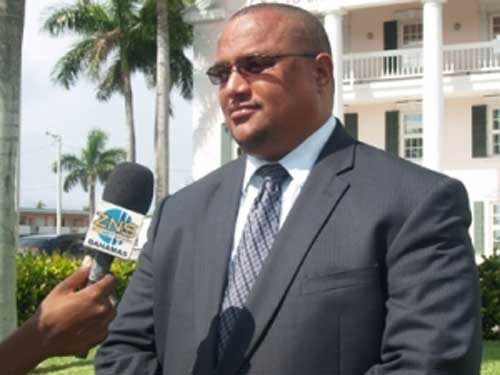 Moss said that Grand Bahama is a “success story waiting to happen” and, with the right chairman at the head of the GBPA, the island could see major improvements.

“We have the resources in this country to put persons with skill sets to work, with the connection with the people, with the understanding of our social structures and with imagination to recreate what needs to be done in the city of Freeport. So much so that
we don’t need to be looking elsewhere to do it,” Moss said.

“I would personally consider it a slap in the face to see this government enlist or allow anyone other than a Bahamian to occupy that position again.”

Though Moss admitted that he is not familiar with Fair’s contributions to the island, he said that Grand Bahama is no better off today than it was two years ago, when Fair became GBPA chairman.

He said, Fair’s resignation raises some concerns since the former chairman stated a few months ago that he would not be leaving the GBPA.

But, most importantly, Moss said, “It provides an incredible opportunity for the government of The Bahamas to live up to its stated mandate of putting Bahamians first.”

Moss said that the island holds a wealth of “extremely accomplished” Bahamian businessmen with the vision and innovation necessary to change the state of the Freeport.

He said that there is a need for a business-mind in Grand Bahama.

Moss furthered that there is a need for a change in the GBPA and he hopes this change will start at the chairmanship level.

“It’s time to wind down the affairs of the GBPA  in  the  city  of  Freeport. The colonial mentality which benefitted from and tolerated that starting in 1955 doesn’t prevail anymore. It’s time to look toward the end game of the Hawksbill Creek Agreement which expressly provided for the regulatory powers of the Port Authority to be devolved onto a local government entity and I’m looking forward to that process starting,” Moss said.

Speaking on the prospective chairman, Moss said, he opposes Hannes Babak, former GBPA chairman, as head of the organization and would not support his return to that post, should this even be in consideration.

“I have no personal vendetta against Mr. Babak, but I have no time to see another experiment being conducted in Freeport at the expense of the people,” Moss said.

Former GBPA chairman Julian Francis, who was appointed in 2005 but resigned a year later, was the only Bahamian native to hold the chairman position.