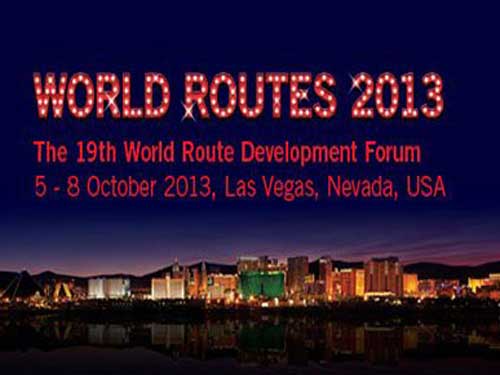 The Bahamas Ministry of Tourism and its Industry partners attended the recent World Routes Conference in Las Vegas, Nevada.   World Routes brings together, on an annual basis, high level Airline Network Planners, Airports and Tourism Planners from around the world. Participants meet over a three-day period for scheduled one-on-one meetings in a highly concentrated 20-minute per meeting format. World Routes also features a series of Seminars designed to educate attendees about emerging developments and trends taking place throughout the travel industry.

During World Routes 2013, the Bahamas Team met with existing airline partners and some new airlines in pursuit of the Ministry of Tourism and its Industry Partners’ fundamental goal, which is to acquire and maintain the optimum airlift to all Bahamian destinations in a competitive and sustainable way.

Heading The Bahamas’ team to World Routes was Director General of Tourism, David L. Johnson. Asked to share his perspective on The Bahamas’ participation in World Routes on such a large scale this year, Mr. Johnson explained: “With 500 new rooms coming on stream this Winter at the new Reef Memories branded resort on Grand Bahama Island, and 2,200 new rooms to be added by BahaMar to the Nassau/Paradise Island tourism product in December, 2014, we have perhaps one of the best opportunities ever to grow tourism to our country in a very significant way.

“Our conversations with airline partners are on-going,” continued Mr. Johnson, “so this World Routes conference provided yet another opportunity to advance strategic discussions already begun with key airline partners to ensure that our goal is achieved.”

Source: The Ministry of Tourism