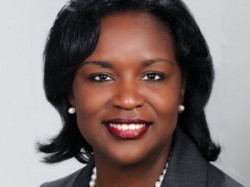 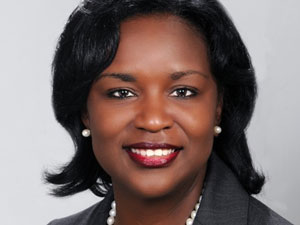 Senator Cheryl Bazard, principal of the law firm, Bazard & Co., will become the first Bahamian to serve on the Board of Directors of ParlAmericas – an international body of legislatures working to strengthen democracy and governance in the hemisphere.

ParlAmericas members meet annually at a Plenary Assembly hosted by a member state. At the 10th Plenary Assembly held in San JosÃ©, Costa Rica, back in August, The Bahamas was elected to represent the Caribbean sub-region on the Board of Directors.

“I was nominated and elected by acclaim to the Board to represent not only The Bahamas, but the Caribbean sub-region, at the Plenary in Costa Rica,” Senator Bazard confirmed Wednesday. “I deem it an honour to have been elected by my peers after only a short introduction to this organization.”

By invitation of ParlAmericas, Sentor Bazard attended two of the organization’s informative sessions this year. The first was a meeting held in May, that dealt with women in parliament. The second event was held in September in Costa Rica. It focused on food security.

ParlAmericas was birthed in 2000 with the creation of a Steering Committee during a meeting of parliamentarians from OAS (Organization of American States) countries.

A year later ParlAmerica held its inaugural meeting with a special ceremony held in Canada’s House of Commons.

Known as FIPA (Inter-Parliamentary Forum of the Americas) up to September 2011, ParlAmericas comprises 35 independent states with representatives from North America, Central America, the Caribbean and South America.

“Against such backdrop, it is a privilege to lend my voice not only to issues within the jurisdiction but also within the hemisphere on topics ranging from security to increasing the number of women parliamentarians,” said Senator Bazard.

Senator Bazard is the founding president of the Bahamas Association of Compliance Officers. She was appointed to the Senate in May 2012.