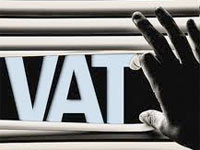 When Customs currently applies its 1% processing fee to the total value of imports, is that inclusive of your imported items that are designated as duty free?

If that is so, it means the government did more than just create a new fee at Customs that came into effect on July 1 – it means the government would have in essential effect stripped all duty free items (foods, medications, baby items, computers, etc) of their duty free status because it is imposing a tariff on the value of items that are not supposed to attract a tariff at Customs.

Also, if the plan according to the government is supposed to be to decrease Customs tariffs in tandem with bringing in VAT, what was the reason for introducing its new processing fee at Customs in this fiscal year’s budget?

The process at Customs leading up to VAT should be to decrease tariffs, not increase them. That 1% fee at Customs was an increase in tariffs and is one of the key reasons we have seen prices go up in stores and businesses.

As for VAT and as I’ve repeatedly said on my blogsites, the current public forums being held about VAT without the government’s VAT legislation and regulations in-hand are useless pandering exercises, because the legislation and regulations are what the government has decided that it will do. Without the legislation in hand, all these forums and their spokespersons are telling you is what might happen, not what will happen by law.

With less than seven months to go, the country doesn’t need to know what might happen, we need to know exactly what will happen, in every detail, every cost of living item, every business sector item – all of it with the requisite studies attached to show what will happen to who and at what cost.

So the government must release its VAT Bill to the public – it has already missed at least three self-imposed deadlines to do so. There wouldn’t be such widespread uncertainty if the proposed legislation were released.

Meantime even though our government hasn’t told us this, Wall Street in it’s sovereign credit rating report for The Bahamas announced this week that the Bahamian people “will have less than two months to analyse VAT and its implications for them before the new tax becomes law.”

Thank you Wall Street (Standard & Poors) for letting The Bahamas know what its own government has not told the country.