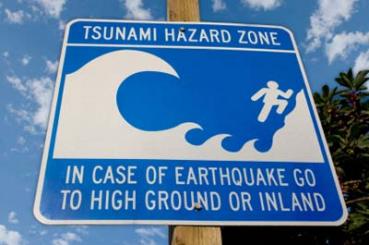 The Caribbean could be at risk from a mega-tsunami that scientists warn could devastate coastlines from Florida to Brazil following a volcanic eruption in the Canary Islands.

The monster wave generated by part of a mountain collapsing into the sea would be the biggest ever recorded and would be an unstoppable force, travelling at speeds of up to 500mph.

The massive wall of water would likely make first landfall on the West Saharan coast of Morocco, where the wave could measure as much as 330ft from trough to crest.

The greatest destruction was nevertheless expected in the built-up coastal areas of the Caribbean, Florida and Brazil, according to a new forecast by Dr Simon Day of the Benfield Greig Hazard Research Centre at University College London.

The tsunami could reach heights of 130ft to 164ft throughout the region and travel several miles inland, leaving a trail of destruction in its wake.