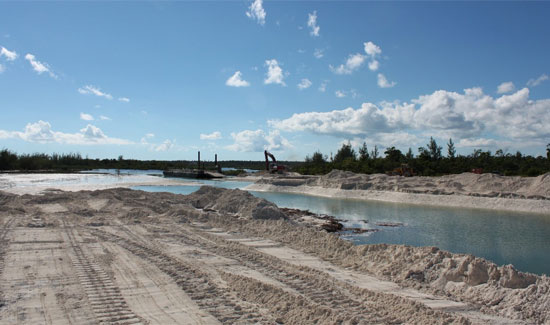 “I don’t blame the developer,” says North Abaco Chief Councilor Gary Smith. “Nor do I blame the government in Nassau. The Minister of Finance for Investments Khaalis Rolle did the proper and honourable thing and we are very grateful to him for recognizing that protecting the environment and proceeding with the right permits is important for the long-term sustainable growth and development of any community.”

But something thwarted the delivery of the cease and desist order once it got to Abaco, he said, and an investigation is ongoing to learn why it was not presented to the developer for some three weeks after it arrived, enough time for centuries of mangrove, wetlands and hardwood forests to be mowed down. The Abaco Council and two environmental groups, Abaco Defenders and Save The Bays, are trying to get to the bottom of the delay. 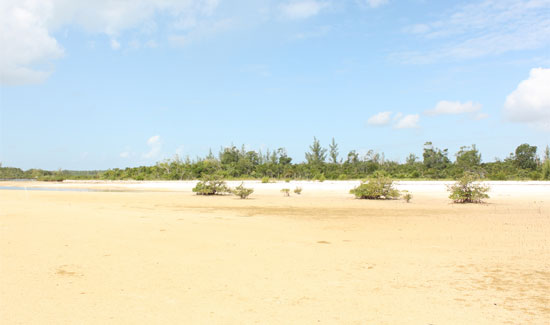 “In the three weeks between when the cease and desist order was signed and when it was actually presented to the developer, irreparable damage was done to the wetlands in Treasure Cay,” said Smith. “Before, this place was a haven — a sanctuary for birds and bonefish. You could see the nurse sharks coming in and the baby nurse sharks. The wetlands were the nursery for all sorts of species.” The Bahamas National Trust had plans to turn the area into a national park. Today, the scarfed land is a stark reminder, said Smith, of how quickly something that took centuries to form can be wiped out.

He also worries that eradication of the wetlands and dredging can increase flooding. “If I lived nearby I would be very worried because of the tidal effect,” said Smith. “Since the area was denuded, it can flood with a high tide of 3-4 feet instead of 11-12 feet and there is a church right across the street. Residents should be very afraid.”

North Abaco’s chief councilor is not alone in his concerns over what the development is doing to a beach that is commonly referred to as one of the ten best in the world.

“When Treasure Sands Bar and Spa first opened, we were all excited and delighted,” said resident Fiona Bootle. Like others in the quiet area, she thought the new development would add to the social scene offerings for locals and visitors and provide employment.

“Unfortunately,” she said, “the excitement was short-lived and we were most definitely not prepared for the destruction that would take place to our home.” Nor, she said, were residents prepared for what they felt was “abandonment” from government, including the Antiquities, Monuments and Museums Corporation (AMMC).

“The AMMC which is supposed to protect the cultural and historically sensitive areas of the Bahamas, refuses to believe that the land being destroyed was part of Abaco’s first Loyalist settlement of Carleton. The AMMC disregarded the opinion of world renowned archeologist Robert Carr who first helped find the site 30 years ago. To date, the AMMC have decided not to come over and take a look themselves.”

However, the BEST (Bahamas Environment, Science and Technology) Commission did visit in February. To date, the group known as Abaco Defenders has not received word of the commission’s findings.

“It’s very sad,” says the chief councilor Smith. “Heartbreaking. If they had issued that order when it came out in October, this area could have been saved.” Meantime, the local board that manages port development and issued a permit after work had begun has been shut down at least temporarily and the developer says the only work that at this time is the construction of a shed.

But, say other local residents the request to build the shed came after it was constructed and they call that the least offensive of the four issues they plan to raise at a meeting this month. The other they allege are the request to place a building/s on illegally reclaimed land without proof of ownership of newly filled land, misuse of a permit which was granted to build a dock, which in turn was used illegally to dredge the Sand Bank Creek, thus deceiving the public, and what they say is illegal dredging of the channel without proper permit.

Through its partnership with Save The Bays, Abaco Defenders is going beyond governmental agencies and taking its case to court, hoping for relief. Concerned residents say their message is reaching some ears — dredging which churned up wetlands has stopped, though clearing, according to witnesses on site, continues.

This is the fourth legal action that Save The Bays has lent support to in an effort to protect the environment of The Bahamas since it was established in April, 2013. Its petition on www.savethebays.bs has garnered nearly 6,000 signatures calling for, among other things, an environmental protection act and a freedom of information act and the movement has nearly 14,000 Facebook friends and followers.  The prime minister has pledged his commitment to a freedom of information act.

While the residents of Treasure Cay lament the loss of natural habitat that may have taken hundreds of years to form, they praise an unexpected outcome.

“It is a disgrace that our home is being destroyed by unregulated building and dredging. But with all bad comes some good because now both locals and second homeowner have come together as a unified group. We have forged new friendships and will continue to educate other about the importance of protecting our environment and history.”

Caption – Before and after photos of acres of wetlands in Treasure Cay, Abaco.  Left photo shows the wetlands in pristine condition while the right photo shows the destruction of acres of wetlands, slashed by heavy equipment on a site being developed under expansion plans by a resort known as Treasure Sands despite a cease and desist order by government.