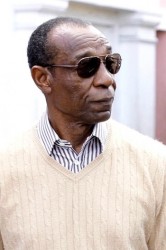 Gangster Craig Flowers, numbers kingpin and head of FML Group of Companies, in a radio interview last week, was asked for his opinion about the government’s decision to go ignore the wishes of the people and licence the webshops.

“Let me assume,” Mr Flowers replied, “that you would have voted ‘no’ to the questions asked, that we should not regulate webshops. We should let them run rampant. We should leave backdoors open. We should let whatever, drugs, money laundering run in and out.

“I am speaking about the question,” he clarified, “and the question was whether or not you, who voted no, you are saying leave webshops alone.”

Indeed, it was Mr Flowers himself who, a few days before the vote, said that if Bahamians vote “no” he would be the first to close down his webshops “without remorse”.  Prime Minister Christie had also promised the webshops would close if the referendum failed — in other words if the vote was “no” — webshops would cease operation.

After a resounding defeat at the polls, Prime Minister Christie declared that, “all offending webshop owners and operators are placed on notice that all their gaming operations, including all online gaming and the numbers games must cease with immediate effect. Failure to do so will .leave web shop owners, operators and web shop gaming patrons exposed to arrest and criminal prosecution without further notice or warning.”

So much for Mr Christie’s integrity […]

Click here to read the original editorial at tribune242.com