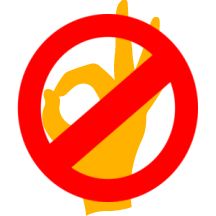 Central to the PLP’s agenda were two overriding imperatives – the need to reduce violence and crime and build a safer Bahamas coupled with the need to build a stronger economy; one that generates jobs, deepens and broadens Bahamian ownership and produces a higher standard of living for all Bahamians.

Crime has risen and the economy has fallen.

An example of the PLP’s incompetence can be found in almost every piece of legislation they have dealt with.

The former establishes a Marco Alert to help find abducted children while the latter paved the way for a sex offender registry.

The alert – an acronym for “Mandatory Action for Rescuing Children Operation” – is named in honour of 11-year-old Marco Archer, who was abducted from his Brougham Street home on September 23, 2011.

On Tuesday while appearing as a guest on Love 97’s daily talk show Issues of The Day, Free National Movement (FNM) Deputy Chairman Dr. Duane Sands lamented the fact that the law has not been enforced.

Still, Dr. Sands summed up the PLP’s May 7, 2012 victory at the polls as “an infamous day” in Bahamian history.

“When we look at the dysfunctional state of this government, I think Bahamians are not only disappointed but deeply embarrassed by the fact that their government simply cannot get it together, but they are more concerned because it seems as if the member of the Cabinet not only can’t get it together but don’t seem to care, and that’s where we are two years on,” he said.

“…What we have seen in the last two years, I would have called disingenuous. I now call it flat out lying. This government at this point in time, have squandered its credibility.”

Mr Christie said he is “satisfied” with his first two years in office.

And therein lies the problem.