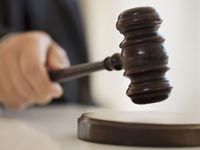 Please publish this follow-up to my two earlier letters, in which I pointed out the obvious and insidious connection between the levels of violence in the Bahamas today and the ineptitude of a Judiciary that continues to release violent criminals to reoffend while on bail.

During the last few weeks, against the continuing backdrop of hideous levels of violent crime, various prayer groups, marches and almost daily pleas to the public have duly taken place and duly been ignored by the perpetrators (surprise surprise!).

Meanwhile, the press has played its part in keeping the issue of bail respectfully muted.

In her Punch column of a week ago, Nicki Kelly was not clear as to the extent to which she agreed with my comments, but could not resist the temptation to characterise them as lacking in “discretion”.

Mrs Kelly also appears to accept the frail argument that some Judges hide behind as a cover for their dereliction of duty over bail.

For the record, the constitutional right of an accused person to a timely hearing does not translate into an automatic right to bail where it appears he will not be tried within a set timeframe.

Rather, as in all instances where Judicial discretion is involved, the application is to be weighed against a number of criteria, including the strength of the evidence, the presence of antecedents, the nature of the offence and, very importantly, a comprehensive consideration called the public interest.

If our courts truly do not operate within an hermetically sealed bubble, then, given the regularity with which murders are committed by or upon people on bail for violent offences, the public interest consideration should trump the arguments for bail in all but the most exceptional circumstances – such as where the accused is the Archbishop of Canterbury and the arresting officer a yearling recruit recently back from leave for having arrested the Pope on trumped up charges.

Meanwhile, in the real world, the circus continues unabated, and the press continues to give it insufficient critical attention.

Shervin Munnings appeared on a bail application just under a year ago for possession of a firearm. His bail hearing was adjourned, but if you search the AG’s online records, you will find no record to confirm whether he was ultimately granted bail on that charge. So the only way you will surmise what happened with Shervin Munnings’ bail application is if you read the papers with a keen memory for names.

Then you will have noted that, a fortnight ago, the same Shervin Munnings was charged with shooting somebody in the head in broad daylight in Coconut Grove. So I guess he got bail.

A week later, Clarence Coakley, a young man out on bail for attempted murder, was himself shot in the head and killed in Mason’s Addition.

If this kind of story happened only once or twice a year, it would justify drastic constitutional changes to remove the discretion of Judges over bail. It happens with such regularity in The Bahamas today that it often isn’t reported that the victim/suspect was on bail.

Whatever Nicki Kelly says, there is nothing arcane, complex or academic about this issue of bail and its causal relationship with our deplorable murder rate. The Bahamas has around 120 murders a year, rather than 35 (as it did in the year 2000), because many of the murders in recent years were committed by and upon people who were released by a court system that has gone increasingly berserk granting bail in the last two decades. It is indeed a cultural problem that we have, but of judicial culture, not social culture.

Had Judicial discretion over bail been constitutionally removed or abrogated a decade ago when it first became obvious that it was needed, literally hundreds of Bahamians now dead, maimed, raped or orphaned would not have suffered their fate. Yes, Mrs Kelly, it really is that simple.