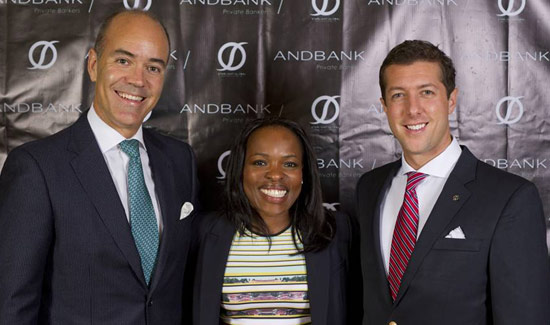 Bahamas-based charity, Starlight Global, inspired South Africans in Johannesburg this month with its global signature event, a “Night Of Inspiration”. The formal event was held at The Saxon, an international award-winning boutique hotel. Guests were treated to a delicious dinner with the sounds of Sibongile Mngoma, a well-known, talented opera singer who was accompanied by a fabulous string quartet. 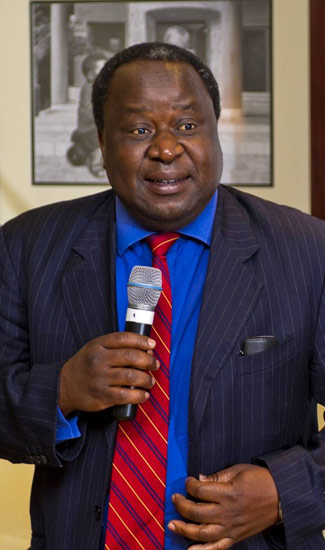 Werner Gruner, Founder of Starlight Global, brought remarks and thanked his main sponsor, Andbank, a family-owned Fitch-rated A- boutique private bank, founded in 1930 in the Principality of Andorra, for supporting the vision and cause of the foundation. Starlight Global also made a donation to the Joburg Ballet Company based on recommendations from Mr. Tito Mboweni and South African actress, Mrs. Carolyn Steyn, both patrons of the company.

Juan Iglesias, CEO of Andbank (Bahamas) Limited, accompanied Gruner on the trip to South Africa and expressed the excitement of visiting the continent for the first time: “The international community is slowly but surely focussing its attention on the tremendous potential that Africa has to offer. The Bahamas and the Caribbean happen to be the area in the world with the most concentrated amount of Afro-descendents. Today The Bahamas has a powerful financial services sector from which Africa can benefit and in return, investors are slowly considering Africa in their investment decisions which is shown by the latest oversubscription of newly issued African sovereign bonds. In general, as a bespoke boutique bank, we have noticed an increased demand for high end tailored financial services and hence we are exploring emerging markets with a view of expanding our foot print where we see potential. That could include Africa in addition to Latin America.”

All the guests received a signed copy of best-selling Bahamian author Dr. Myles Munroe’s latest book, “The Power of Character in Leadership” as well as chocolates from Bahamian Chocolatier, Graycliffe.

Iglesias and Gruner later traveled with Princess Tirelo Molotlegi to Phokeng, the land and home of the Royal Bafokeng Nation.

The Royal Bafokeng Nation (RBN) is a vibrant African traditional community led by a hereditary king. Its home located in the North West Province of South Africa counts more than 150,000 community members. Thanks to the pioneering spirit of their ancestors, the Bafokeng control 1400km2 (540mi2) of land situated in the largest platinum reserve area in the world.

Back in 2010 during the FIFA World Cup in South Africa, the RBN was the first traditional community to host 5 first round matches, as well as an epic second round match featuring Ghana and the USA. In addition, they hosted the England team at the state-of-the-art Bafokeng Sports Campus.

During their stay in Phokeng, Iglesias and Gruner were treated in the 5 star Royal Marang Hotel and visited the ultra-modern eco-friendly College of the Royal Bafokeng, Lebone II, that could serve as a model for other schools. Before they left Phokeng, they paid a visit to the Royal Bafokeng Administration, where the “Masterplan” for 2035, which was devised in conjunction with Singpaore-based urban design consultants, was presented.

The current King, Kgosi Leruo Tshekedi Molotlegi, is the 36th recorded King and the 15th in a direct father-son line. He is the third son of the late Kgosi Lebone I and Queen Mother Dr. Semane Bonolo Molotlegi.

Gruner, who was born and raised in South Africa hopes that this trip marks the beginning of many more to come and plans to spend more time on the continent. “My soul has always belonged to Africa and today more than ever before, I am proud to say that I am an African. After visiting Phokeng and seeing the vision of the Royal Bafokeng Nation, I am inspired and convinced, more than ever before, that the future belongs to Africa and communities like these that possess the right visionary leadership. Leadership is about movement and perseverance. Every vision will be tested for authenticity and the Royal Bafokeng have persevered and over the years their vision has been proven to be authentic. I am excited to see where the future will take them and encourage every Bahamian to visit the continent to discover its inspiration and beauty for him or herself.” 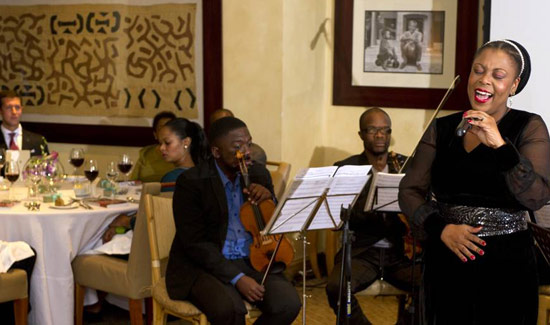