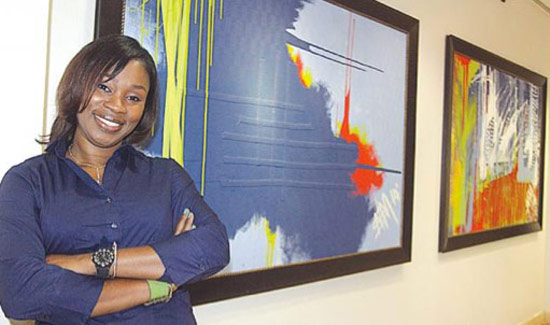 Celebrating their innate drive to create, nine esteemed Bahamian artists will be showcasing their works at The Central Bank of The Bahamas (CBB) Art Gallery in a show aptly titled “Instinct”. Opening on Thursday, September 18, the exhibition has been organized by multimedia artist Nadine Seymour-Munroe, who hopes to create a platform to expose The Bahamas to the talents and mastery of female Bahamian artists.

Having practiced art since high school, Seymour-Munroe knows firsthand the importance of artists gaining support and recognition for their abilities. She received partial scholarships for her Bachelor of Fine Arts in painting at the Rhode Island School of Design (RISD), where she graduated as the top painter in her year. The honor meant she was a prime candidate for the Florence Leaf Award, which helped fund her studies in RISD’s master’s program in art education. Her efforts did not go unnoticed at home, where several individuals and organizations provided her with private donations toward her education.

Now, she’s trying to keep the ball rolling by establishing a sustainable foundation of support for female artists in the country. She’ll be starting with Instinct, which will feature a range of mediums – from ceramics to digital pieces – and host the works of Sue Bennett-Williams, Chantal Bethel, Lisa Codella, Jessica Colebrooke, Claudette Dean, Sue Katz, Holly Parotti, Nadine Seymour-Munroe and Ana-Lisa Wells. This show is the first in what is hoped will become an annual event.

“I feel in The Bahamas right now, the female artists could get together a bit more and present themselves stronger, so this is how Instinct came about. Instinct is simply the ability to do something without being taught, and I feel…that women are instinctively creative, and I thought it would be a perfect topic to have these gifted artists who work in The Bahamas to come together and show The Bahamas what we have to offer,” said Seymour-Munroe.

“I just wanted the ladies to show the public what they feel inside as artists.”

Acknowledging that it comes at a time when gender issues are at the fore in the country, she noted that the show “is a good representation of what we have to offer because, if you check records, most men get contracts when it’s time for art, and a lot of times they get paid more, and it’s an international concern. But I think this is a great start to say, ‘Here we are, see what we do’.”

Choosing artists whose work and skills she knows and admires, Seymour-Munroe wants to call as much attention to seasoned artists, like fellow multimedia artist Sue Bennett-Williams, as she does to relative newcomers, like ceramicist Lisa Codella. She is quick to point out that her objective is not to exclude male artists, but, rather, have it “be noted that we have excellent, senior female artists [in The Bahamas]”.

“We’ve been saying we don’t want it to be thought of as a sexist show, because when males have exhibitions, they don’t say it’s an all-male show, so we don’t want the focus to be that it’s an all-female show,” said the Instinct founder. “But I want it to be noted that we have excellent, senior female artists. Oftentimes female artists are not as highly esteemed as male artists are. For example, we have master artists, but all of those are males. Why don’t we have female master artists?”

Each artist chose her own pieces for the exhibition, which was arranged by CBB Gallery Curator Antonius Roberts and his team. Seymour-Munroe has submitted pieces from her “Blue Angel” series of abstract, mixed media works.

“It was done that way because, like I said, instinctively we are creative, and this show we really didn’t have any limitations as to what you should enter,” she said. “I just wanted the ladies to show the public what they feel inside as artists.”

Though it hasn’t opened yet, Instinct has already received attention internationally from a Chicago-based gallery, and Seymour-Munroe believes it’s a good indication that the exhibition would have success as a sustainable, long-term and, possibly, international endeavor. Though Instinct is a for-profit show, she has plans to establish an Instinct-linked scholarship foundation for younger female artists in years to come.