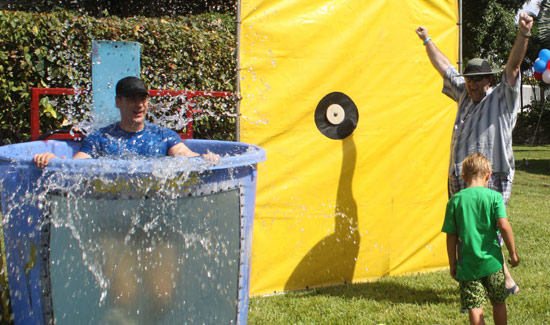 For the fifth consecutive year, the U.S. Embassy partnered with Special Olympics Bahamas to host the annual Eunice Kennedy Shriver Day celebration at the U.S. Ambassador’s Residence on Saturday, September 27.

As in years passed, the front lawn of the residence was transformed into a “Mini Camp Shriver” where hundreds of Special Olympics Bahamas athletes and volunteers enjoyed a morning of fun, food and games.  The event served as an opportunity to honor the legacy of the founder of the Special Olympics organization, the late Eunice Kennedy Shriver, who spent her life committed to people with intellectual disabilities.

On hand to participate in the EKS Day celebration were Minister of State for Transport and Aviation Hope Strachan, Permanent Secretary in the Ministry of National Security Carl Smith, Royal Bahamas Defence Force Commodore Roderick Bowe and Marketing Manager Yolanda Pawar-Bain at Marco’s Pizza, a proud sponsor of EKS Day.  The U.S. Embassy would like to thank all volunteers, athletes and Marco’s Pizza for their dedicated efforts in making this year’s EKS Day celebration a success.