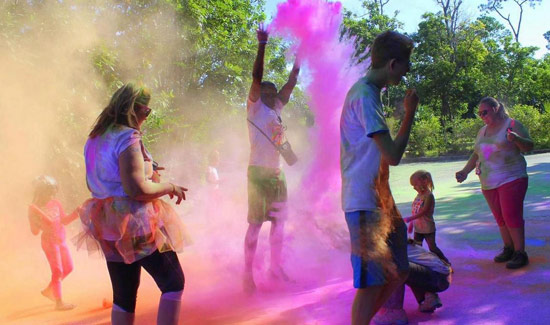 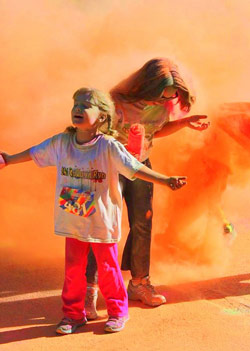 The 242 Colour Run in Freeport took place on November 2nd. The second instance of the 3-mile event in Grand Bahama added a large dose of colour to the lively crowd at the Garden of the Groves.

The Rotary Club of Grand Bahama Sunrise and the Rotaract Clubs of Freeport were well represented and were the beneficiaries of the event.

Thanks to the sponsors, participants were able to enjoy ice-cold Vita Coco natural coconut water and Sands beer after the race. Shannon Barnes won a Timex Health Touch watch courtesy of Mystery Shopper Bahamas and other participants won free entries to any 242 Colour Run in 2014 or 2015. 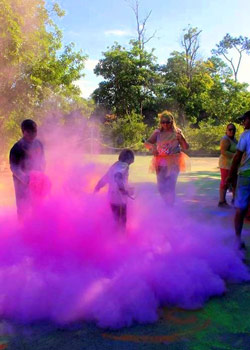 The event was attended by persons who were new to the event, as well as those who had participated in Freeport in 2013 and Nassau in September 2014.

Kimberly Rahming participated in Nassau and also convinced her mother to participate in Freeport; both plan to attend the Abaco event in December.

The next 242 Colour Run in the 2014 series takes place in Hope Town on December 28th. For more information please visit their website www.run242.com or find them on Facebook.

Captions: Assorted pictures from the 242 Colour Run that took place in Freeport on November 2nd