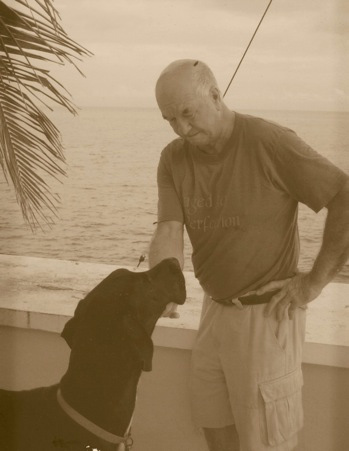 Leonard R. Davies, former Commodore and Treasurer of The Bahamas Air Sea Rescue Association  (BASRA) and a director of the organization, died Wednesday, Dec. 3, in Nassau, where he has lived since 1973.

Born in 1943 in Sydney, Mr. Davies completed his education in Australia and became a Chartered Accountant in 1970. He was admitted to the Institute of Chartered Accountants in  The Bahamas in 1978. He came to Nassau with Price Waterhouse  in 1973 and worked there until 1977. From 1978 until 1981 Len was controller of The Bank of New Providence, from which he moved into private banking.

Married to Celia Davies, MBE, Len Davies was a man of widely ranging interests and talents. He assisted many individuals and businesses. His hobbies included skiing, art, reading, travel, boating, darts and squash.

Well known sports figure Keith Parker, a close friend of Mr. Davies, notes, “Len was a great and generous friend with a marvelous sense of humor. He participated in the The Bahamian Squash and Darts Leagues and was a major sponsor of numerous teams and Bahamian Junior Squash players.  We will all miss him.”

Private services are scheduled for Wednesday in Nassau. Donations in his memory may be made to BASRA or to The Bahamas Cancer Society.