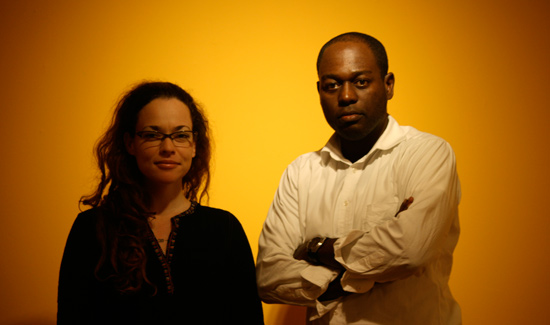 There’s a whole new bag of goodies opening this month at the National Art Gallery of The Bahamas (NAGB), and it promises to give visitors a lot more to mull over than Christmas budgets.

Opening on December 11, the Seventh National Exhibition (NE7) will discuss the significance of hues that go beyond seasonal reds and greens. This year, literary and visual artists will respond to the dynamics of social codes around race, class and the economics of privilege in The Bahamas in the show titled “Antillean: an Ecology”.

Curated by ARC Magazine Director Holly Bynoe and College of The Bahamas art lecturer Michael Edwards, Antillean: an Ecology will dig deeper than conventional conversations on race and class relations. The NE7 seeks to interrogate the implicit and explicit issues that arise from personal and national identity. Influences like citizenship, migration, the landscape, slavery, religion and the creolization and hybridization of the Caribbean and wider world will be explored through artwork, poetry, a mixture of personal and academic essays and a series of panels and artists’ talks.

NE7 co-curator Holly Bynoe believes the exhibition’s significance and relevance in modern day society has spoken for itself through the reaction from the local artist community.

“Initially, when we put out the open call, it was met with a lot of ambivalence because people have this understanding of race relations in the Caribbean, and oftentimes it’s very simplistic,” she recalled. “I think over time, and with a good communication from the entire team here, artists turned from being ambivalent to being critical about their space, so it was no longer a surface understanding of how these relations and social concerns play out in this space but a deep reflection of how it also manifests in personal ways, social ways, in ways that reflect how they engage with their communities.”

At Antillean: an Ecology, visitors can expect to enter a critical space where they will be encouraged to confront the deep-seated stereotypes found in Bahamian society and the Caribbean about blackness, whiteness and all that lies in between.

“I think it’s important to understand that we all carry perceptions, whether they’re race, class, economics. So a large part of the show is to interrogate these kinds of perceptions we have. I think it’s important for people to understand that we’re all part of this cultural matrix… And the role of the artist is to challenge these perceptions, to reframe them, to re-constitute and retell a different kind of narrative to challenge people’s perspectives,” explained fellow NE7 curator Michael Edwards.

Antillean: an Ecology will open at 6 p.m. on Thursday, December 11. Those interested in engaging in the conversation on the social, political and cultural influences on individual and national identity are encouraged to attend the opening night and panel discussions.