Where Is Jerome Fitzgerald? 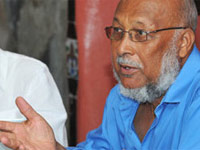 This month marks the third anniversary of the massive and dangerous gasoline leak from a fuel station on Robinson Road, yet the pleas of Marathon families for a guarantee of their safety and security have fallen on deaf ears.

So far, the government has done little but give lip service to caring about the health of these citizens and the integrity of their property, but the Christie administration has not lifted a finger to actually help them.

Where is Jerome Fitzgerald? The Marathon MP and Minister of Education, who has continually asserted his care and concern for the next generation, must know that there are many children in the area who have been exposed to the toxic fumes and other extremely harmful substances as a result of this leak.

Three years have passed without a word from Mr. Fitzgerald, and no confirmation that the spill has been properly cleaned up. There have been no health screenings of residents, despite the fact that gasoline is known to cause a host of aggressive illnesses, including many forms of cancer.

From all accounts, the leak of 30,000 barrels of from a Rubis station in January 2012 was itself just the latest in a series of similar incidents that put unsuspecting residents of the surrounding community at serious risk. Senior officials have known for some time that highly toxic materials were being leaked into the ground water that supplies the houses of scores of residents

It has been reported to the GBHRA that a high number of the residents are either suffering from, or have already died from cancer. Others continue to struggle with a range of health issues.

I hereby renew my call on the government to urgently take action by removing affected residents from their homes, testing them all for any possible associated medical problems, and forcing the company to take the appropriate action to render the neighborhood safe again and make proper redress to those residents.

As principal of Grand Bahama Catholic High School from 1977 to 1997, I fought and continue to fight  a similar outrage in Grand Bahama.

For the better part of four decades, the residents of the Pinder’s Point, Lewis Yard and Hawksbill communities have been plagued with pollution from nearby industrial plants.

There have been ongoing oil spills and chemical emissions from time to time, which led to many health issues and a number of deaths.

There is a high incidence of cancer and birth deformities in the area, as well as respiratory problems, skin, eye and nasal irritation.

Particularly shameful was the affect on the schools in the area, including mine. For years I would turn up to campus hours early, to open the doors and windows in an attempt to ventilate the classrooms which were filled with foul chemical odors.

I led demonstrations against the companies responsible, but for the better part of a decade, the powers that be – both the central government and the Grand Bahama Port Authority – ignored or even attacked our efforts.

Not even the government schools then in that area, namely Lewis Yard, Hawksbill High and Hawksbill Primary, which suffered as we did, or even worse, were courageous enough to join us for fear of retribution; but they all did give us their moral support.

It took one tragic occasion, when five ambulances had to be called to transport some 30 students, seriously ailing, from Hawksbill Primary, to begin turning the tide.

Eventually, both the Grand Bahama Catholic High School (GBCHS) and the government’s Hawksbill Senior and Junior Schools were relocated.

Unfortunately, it was too late for many. After years of breathing in toxic fumes, and perhaps consuming contaminated water, many students and teachers became seriously ill.

In a single graduating class from GBCHS, 13 of my former students have now died from cancer.

It seems that after all these years, and all our efforts, so little has changed. Those in authority continue to put the interests of large multinational companies and other special interests above the concerns of the citizens they have sworn to protect.

Jerome Fitzgerald must break his silence. He must meet with his constituents who continue to face the threat of sickness and loss due to his government’s inaction.