Bahamian Attorney Participates in Exchange On Children in the U.S. Justice System 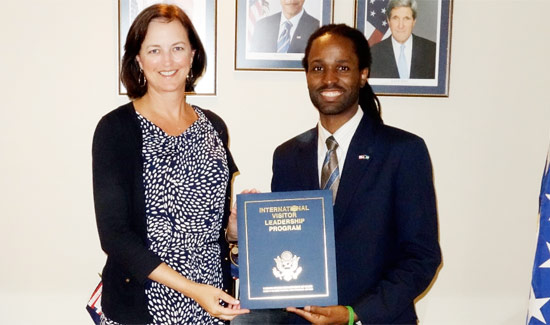 Mr. Smith, an attorney at Messrs. Bostwick & Bostwick Law Chambers, participated in the professional exchange held in the United States from January 26 – February 6, 2015.  Designed for juvenile judges, youth and child rights lawyers, social workers, child justice workers and Hague convention central authorities’ officers, the program examined the U.S. experience of children in the American justice system and the various agencies and services that work with juveniles.

During the group visit with 17 participants from 16 countries, Mr. Smith traveled to several U.S. cities including Washington, D.C., Dallas/Fort Worth and Seattle in order to explore best practices within the American juvenile legal system and its counterparts.

The participants attended a number of lectures and presentations where they explored private, local, state, and federal government initiatives and programs aimed at addressing the unique relationship between children and the law.

To continue the dialogue on the juvenile justice system and children’s rights, the American Corner will partner with Mr. Smith to facilitate a lecture in May focused on “The Bahamian Juvenile Justice System: Real Problems vs. Real Solutions.”  Details for the event will be announced soon.  Admission will be free and open to the general public.