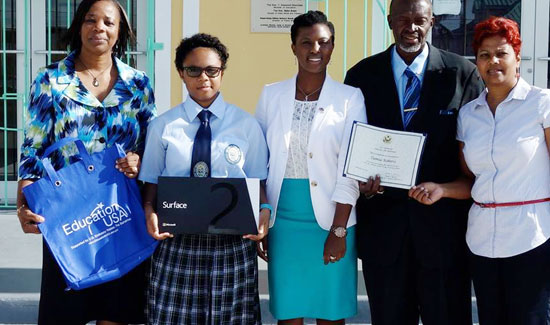 For the ninth consecutive year, the United States Embassy in Nassau launched a national high school essay contest in observance of Black History Month to commemorate the life and legacy of Dr. Martin Luther King, Jr. who worked hard to highlight the importance of equality and human rights for all regardless of race, gender, religion, ethnicity, citizenship and socio-economic status. 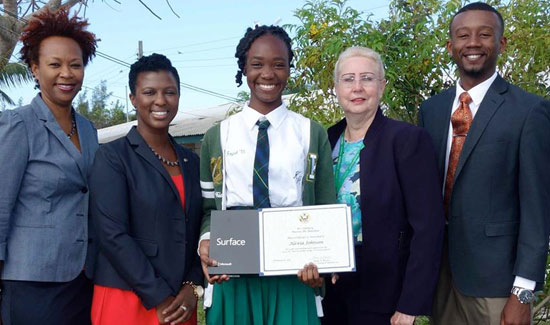 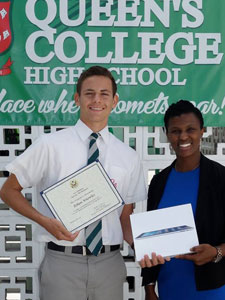 Tamia’s winning essay titled “Equality for All” focused on the need for gender equality.

Alexia’s essay titled “Rekindling the Dream” focused on inequalities that remain in today’s society and her hopes for a brighter tomorrow.

“Equality and human rights mean living in a world where there would be no more stories of Mike Browns and Trayvon Martins and where children within the minority groups are not shot and killed because they look menacing.  I ideate a society where I am treated the same as the modern day average white male; where my skin color and gender do not choose my path.  I envision a world in which the events which are presently unraveling in North Korea are eradicated.

Alexia added, “Most of all, I see equality as a world where everybody is treated the same regardless of their race, sexual preference and gender; a world where every life matters.  Equality, in my opinion, needs to become the forefront for not only world governments, but also for the everyday human.” 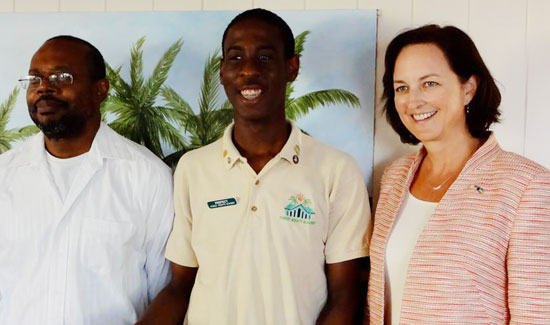 Acting Deputy Chief of Mission Neda Brown made special visits to Doris Johnson High School and Kingsway Academy to present the two winners with the top prize of Microsoft Surface tablets during formal ceremonies with faculty, staff and their peers.

Photo 1:  Acting Deputy Chief of Mission Neda Brown presents Tamia Roberts, one of the overall winners of the MLK Essay contest with her prize accompanied by school officials at Doris Johnson High School.

Photo 2: Acting Deputy Chief of Mission Neda Brown presents Alexia Johnson, one of the overall winners of the MLK Essay contest with her prize accompanied by school officials at Kingsway Academy High School.