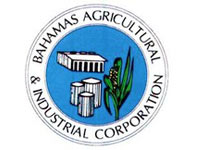 In keeping with the government’s pursuit to develop the agricultural sector and forge ahead with decreasing our billion-dollar food import bill, BAIC is moving throughout the Family Islands to ensure that Bahamians are afforded the opportunity to help reduce this bill.

The Corporation has agricultural land in the Spring City and Norman’s Castle settlements that will be available for lease to Bahamians who are interested in farming. This includes vegetable and fruit production, greenhouses, aquaponics, hydroponics, seafood production, livestock and poultry farming.

Also included in this agricultural land lease program are provisions for the food processing and handicraft sectors. It is envisaged that more Bahamians would become involved in the value added concentrations of the agricultural sector. For example, this means that once the tomatoes have been grown, BAIC would then encourage processing, canning and bottling of products such as pizza sauces, tomato sauce, ketchup, tomato paste, as well as jams and jellies

As it relates to the handicraft sector, Bahamians can pursue coconut farming, sisal production, and acquire land to build a facility to develop handicraft products, jewelry making, and souvenir items.

Chairman Smith opined that BAIC is interested in developing a new generation of agriculturalists. He is encouraging young entrepreneurs, non-profit organizations, retired persons, and married couples to step up to the plate and relocate to the Family Islands so that we can all partner in their economic development. Other projects will be launched shortly in North Andros and Hatchet Bay, Eleuthera.

The launch of the BAIC Abaco agricultural project is a part of the Corporation’s newly created Family Island Development program. Chairman Smith noted that he has only been appointed to BAIC for about two months and that he is equally excited about the plans, programs and initiatives by the various departments of the Corporation.

Persons interested in participating in BAIC’s new initiatives are requested to contact BAIC’s local offices in Abaco, Andros and Eleuthera, and the Corporation’s Headquarters at the Soldier Road Industrial Park in Nassau at telephone numbers 396-3725 – 9.