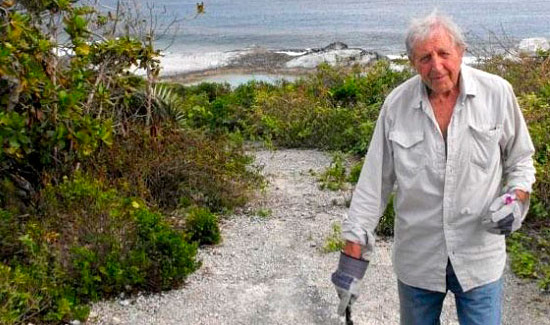 The family of a long-time B.C. doctor says he was stabbed to death on Thursday while on vacation in the Bahamas.

Geoffrey Harding, 88, had a long and distinguished medical career that took him across B.C.

On Thursday, his family received a call from Bahamian authorities telling them Harding had been killed during a home-invasion robbery the previous night.

“We’re trying to come to grips with all the issues in front of us,” Thor Pruckl, his son-in-law, told CBC.

“He was an exceptional person, very caring, and there wasn’t a wicked bone in his body,” Pruckl added. “Incredibly nice person. To have something like this happen to him here is despicable.”

Harding regularly visited the Bahamas since buying property there in the 1960s.

Harding’s family said after starting a practice in rural Saskatchewan, he worked in Vancouver, on Gabriola Island and in Northern B.C. He only retired in the past decade.

CBC News has contacted police in the Bahamas to confirm details of Harding’s death, but have not received comment.

Bahamian media reports say a 43-year-old man was arrested late Saturday night in connection with the death, which occurred in the area of Clarence Town, Long Island.

Caption: Long-time B.C. doctor Geoffrey Harding, pictured, was stabbed to death on Thursday while on vacation in the Bahamas.