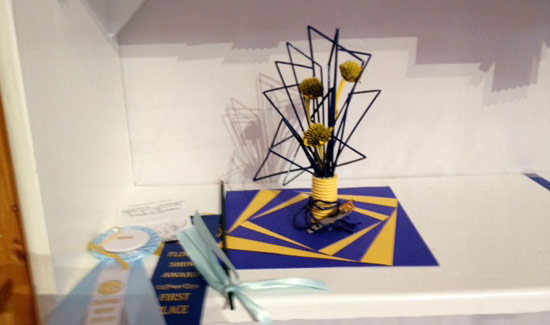 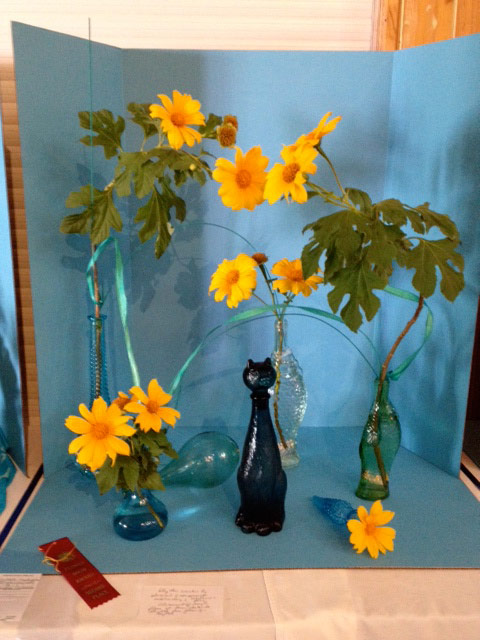 “Inspired by the extraordinary success of last year’s ‘Splash,’ our  first standard show in 17 years, our members are hard at work on arrangements for ‘Cultural Fusion,’ inspired by our international focus  an origins as a garden club for 55 years,” says Ms. Caroline Albury, Show Chairman and Past President of the International Garden Club (ICG).

She explains that the term, “Standard Flower Show” is the official title of a flower show conforming to standards established by National Garden Clubs, Inc. (NGC).

Preparations are in final stages, according to Ms. Albury with a final working meeting set for Friday, April 17. Members have enjoyed a year of events designed to make the show momentous, from attending international workshops to others conducted locally by visiting experts.

“Judges were blown away last year by the quality of the designs and their execution. There were extraordinary numbers of 90 plus scores, sometimes three in a class,” explains Ms.Albury, who personally won six design blue ribbons including top awards: Designers Choice Award and Award of Design Excellence for  “Ocean Jewels,” an underwater design; Table Artistry  Award for “Casino”;  She also scored 95 Plus for “Bahama Breeze,” “Junkanoo” and “Rake n Scrape.” And 90 in “Island Hopping”   a synergistic Design. This class had 3 scores of 90 and one of 95 plus. 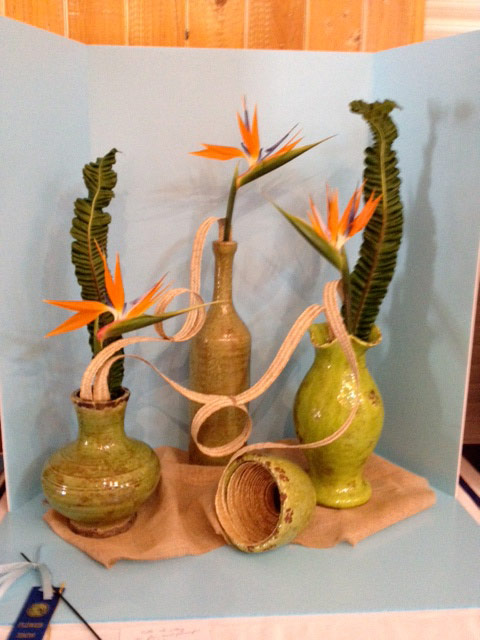 “We have many  talented designers and growers in our club, including Janet Brown, Bobbi Pyfrom, Erica Bower, Susan Roberts and Debbie Krukowski and in the second generation, Cousins Caroline Albury, Charlotte Constantakis, and Susan Davies,” says Sara Parker, Past President.

“These are not just arrangements.  They are sculptures using flowers and plant material as the medium,” comments Chandra Parker, another second generation member, who won her first arranging trophy at about age 8.

Design “Cultural Fusion”
Division 1 “Wherever You are, Home is where the Heart is.

“Cultural Fusion” Design classes include:
Section A  “Across the Pond”, eligible for the Table Artistry Award
“Ireland,”  a design on a luncheon tray;
“England,” a traditional, semi formal functional table design;
“Germany,” an exhibition table.

Section B “Other Side of the World,” eligible for Designer’s Choice Award
“China,”  in the manner of Traditional Oriental Style;
“Australia,” an underwater design;
“Russia,”  a multi-rhythmic design.

Special Exhibits include “Hop Skip and a Jump”,  including “Jamaica, a mobile design staged within a frame. 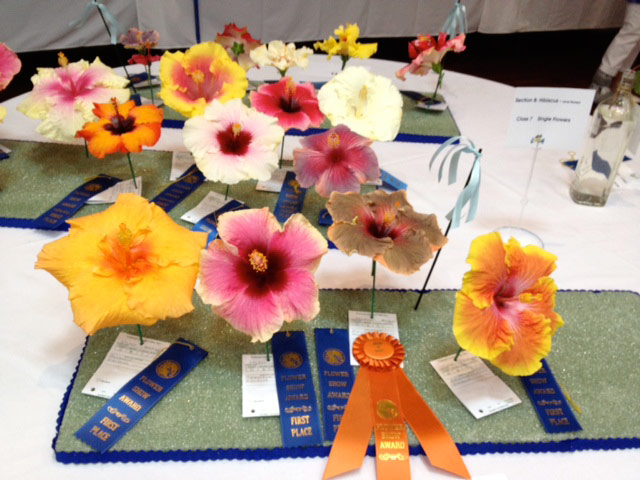 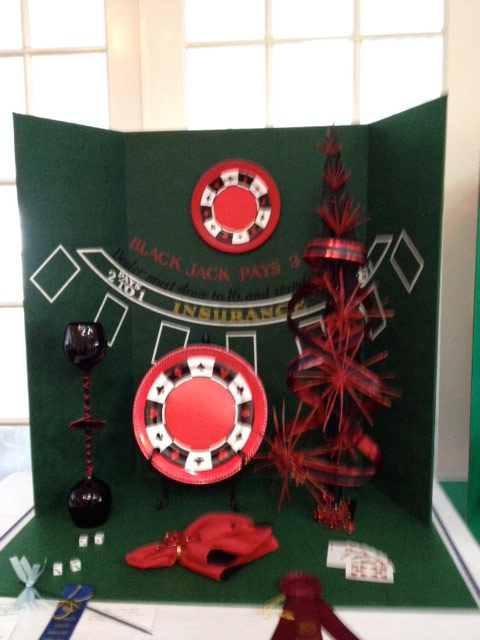 The Horticulture section of “Cultural Fusion” is expected to offer hibiscus the size of dinner plates, spectacular orchids, bromeliads, desert  roses and ferns  according to Susan Davies, IGC President and Entries Chairman for the division.

Last year Mary Lou Saunders won The Award of Horticultural Excellence for one of her massive orchids ( plus 95 plus for two other orchids) and a blue ribbon for each of her astonishingly perfect hibiscus flowers with  scores of 95 plus on  four of her hibiscus, one earning the Award of Merit. She also won the Arboreal Award for her Acalypha “Match Me If you Can”.

Plants or cuttings earning 95 points or more are eligible for awards including: the coveted Award of Horticultural Excellence, for the highest scoring exhibit in the entire Horticultural Division; Awards of Merit, awarded to the highest scoring exhibit in divisions for roses, hibiscus, bromeliads, other perennials, vines and climbing plants; the Arboreal Award for the top scoring plant in sections for flowering and non flowering trees and shrubs; and the Grower’s Choice Award to the top three plants in  container grown foliage plants, flowering plants or plants with colourful bracts and succulents and cacti. 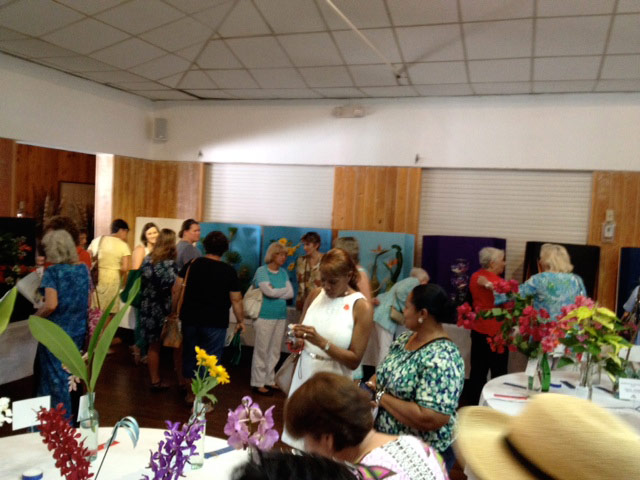 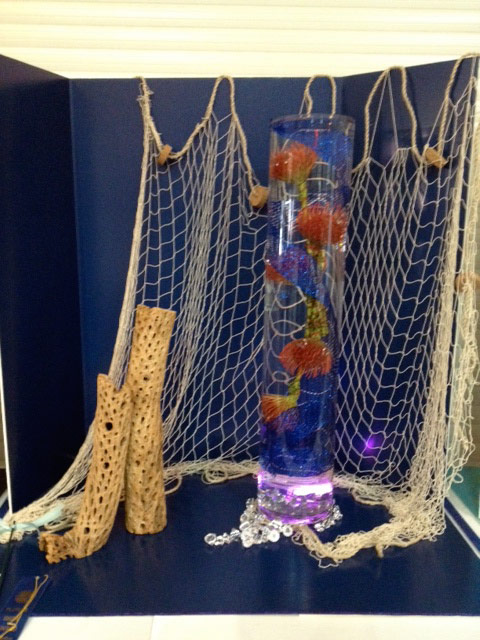 A plant sale will be conducted by  Flamingo Nursery which is famous for its orchids, and David Higgs, Sarah Lobosky and Cindy Wilde.

Tea and light refreshments will be available.

Founded in 1960, The International Garden Club strives to “promote interest in and knowledge of gardening and of all things relating to the enjoyment of the natural beauty of The Bahama Islands” and to “encourage the promotion of friendship and understanding among persons of all races and nationalities who share our interest in gardening.”

As outlined by NGC, “The purposes of a Standard Flower Show are to educate club members and the viewing public, to stimulate interest in horticulture and floral design, to provide an outlet for creative expression, and to convey to the community the objectives of NGC.” 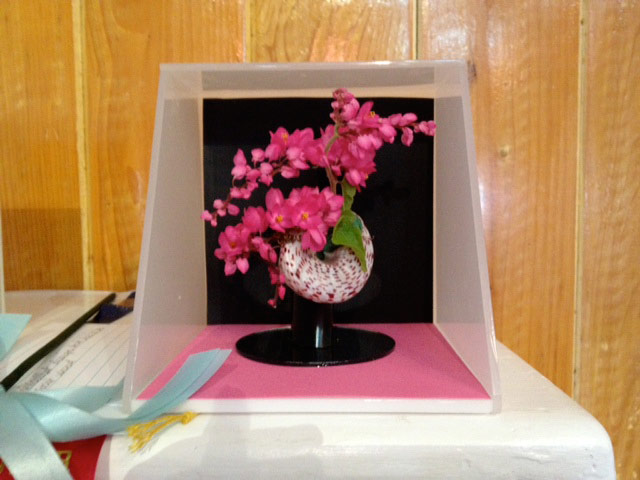