Lift Up Your Heads – And Look To Shape Our Future 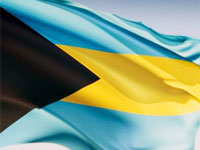 This year, as we celebrate our country’s 42nd anniversary of Independence, one sees this as an opportunity to renew our national outlook, to begin a transformative period of economic and social development where all Bahamians are intricately involved.

I am a part of that generation that was “born free”, that generation of Bahamians who were told so many of the great stories of the struggle for Majority Rule, equality and the pursuit of Independence. However, though we have attained quite a bit since Independence – more schools and opportunities to attain a free education, the National Insurance Board, Bahamasair, the Royal Bahamas Defence Force and a plethora of other national highlights – we have not progressed and grown by the leaps and bounds that many of our forefathers have envisioned.

In fact, in some instances, we have regressed.

This week, as we celebrate our Independence, the mood in the country – based on the utterances of many Bahamians I’ve spoken to – is not sanguine but rather uncertain, particularly as Bahamians witness Baha Mar, which was promoted as the biggest economic boost to our ailing economy, unravel before our very eyes.

We see unemployment, particularly among young people, increasing, a lack of social responsibility and skyrocketing crime, an educational system that continues to produce more persons finishing school with leaving certificates and far less graduates with diplomas, we see our cultural and sporting stagnation, stagnant economic growth, little to no agricultural and manufacturing though BAMSI has been propped up as a saviour of Bahamian agriculture and fisheries, and so on.

What’s more, though we see Bahamians showing signs – based on the 13,000 votes the Democratic National Alliance obtained – that we are willing to move away from a two-party political system, we are still stuck in rotating between the two established parties, so much so that since 2002 none of the main parties have served more than one term before being booted out of office. Going forward, Bahamians may be looking to take a cue from the Europeans and embrace Coalition politics. … we shall see.

Our economy continues to be driven by dated, pre-Independence economic systems. Truthfully, there many Bahamians who still have a colonial mentality. Frankly, since Independence, many could argue that the dreams and aspirations of Bahamians throughout our archipelago have been betrayed, squandered and jettisoned by many in the political class who have chosen self-aggrandisement, victimisation, corruption, nepotism and an almost monarchical style of governance where they are at the top of the totem pole and Bahamians – who they only truly refer to and need when it’s time to be re-elected – are at the bottom.

Unfortunately, part of the reason that some politicians see themselves as our saviours and as being better than the average person on the street, rather than the servant of Bahamians, is because Bahamians allow them to believe that they are our rock stars, that they are political saviours of the masses.

I have long said that if an international celebrity stands next to a local politician, Bahamians would be more drawn to the politician because, frankly, they have become the real local celebrities. We are fascinated by politics. Our “post-colonial” history has been one of dependence on the whims and the decisions of particular politicians and, if one is suspected of not sharing a similar political belief, then “Delia wrote the note!” as victimisation and outright ploys to see one suffer or starve or barely survive will take precedence.

Whenever I think of the fact that The Bahamas is now 42 years old, I think of it in adult, human years. If one has gone about laying the foundation for their future at a young age, when such a person is 42, normally they are likely to be married, have a few children, have a mortgage/house and/or property, etc. As a 42-year-old country, we are still reliant on foreign investment, cannot sustain ourselves for two to three weeks without imports, have no economic or food security, have a small but fledgling manufacturing sector and – unlike what we imagine should be the lifestyle of a 42-year-old adult living on their own – we cannot stand on our own two feet.

We are truly dependent on external factors.

According to the World Travel and Tourism Council, we are considered to be among the countries most dependent on tourism. We have hardly tried to develop alternative industries. Frankly, on the Family Islands, hotels hold the most power and could destabilise an island’s economy on a whim. For the most part, we have placed our economic standing in the hands of foreign developers.

Our economy is unstable. Today, we are on the verge of a downgrade and a likely devaluation of our currency because our government placed all of our economic eggs and hope in a major hotel developer. If we are downgraded by two points, we descend into junk bond status and, without doubt, devaluation will occur.

According to Norman Girvan in a 2012 paper entitled ‘50 years of In-Dependence in Jamaica: Reflections’:

“With its foreign reserves depleted, in 1977 Jamaica entered into what was to be the first of a succession of adjustment programmes financed by the IMF, the World Bank and the Inter-American Development Bank and other Western donors. These loans were conditioned on the adoption of neoliberal policy reforms of privatisation, liberalisation and deregulation; and on the privileging of market forces and of the role of the private sector.

“For 35 years of the 50-year independence experience, therefore, Jamaican economic policy has been under the direct supervision of Washington-based international financial institutions; or carried out within a framework that they approve of, and is aimed at maintaining the confidence of donors and investors.”

At the rate we are going and, considering our lack of economic diversity and our national debt, will the Bahamas’ economy soon be under the supervision of such international financial institutions?

Indeed, whilst we have experienced constitutional decolonisation – to use the words of Walter Rodney – it has “almost invariably concluded with a political arrangement from which the masses are excluded and one which provides the political basis for neo-colonialism”.

Going forward, a truly Independent Bahamas must be more than that.

We must be more protective of our natural resources. We must get more for these invaluable resources where, I’m told, we currently lease sites to companies to mine for pennies on the dollar. Why are we not making more economically sound deals for our aragonite, salt, timber and other resources? Why are always playing the part of the desperate suitor in so many of these deals? Do we not know that we hold valuable resources that investors want and that we too should play hardball?

We need to re-orient our economy to foster greater self-sufficiency. This would also reduce our reliance on Chinese dollars, since our borrowing is ballooning to the point that we could become beholden to a foreign power.

The United Nations Development and Policy Analysis Division have developed a number of benchmarks for assessing a country’s economic situation, prospects and possible development. It looks at a number of factors, but if one was to translate those criterions here to an Independent Bahamas, one wonders if we would pass the smell test, for:

1 Why doesn’t agriculture and fisheries (and to a lesser extent forestry) make up a larger share of our Gross Domestic Product? Why doesn’t manufacturing?

2 What is the concentration of our country’s exports?

3 We talk about agriculture but yearly our local production of crops and livestock decreases. Why?

5 How many of the Bahamian populace has a level of skills that can be deemed to be a necessity for substantial developmental progress?

6 What is the adult literacy rate?

7 Why does our economic vulnerability index, according to the UN, stand at 55.9 which is higher than most countries on the UN’s chart including Antigua and Barbuda, when the threshold is set at 36? We are well beyond the threshold and are overly vulnerable to economic and environmental shocks.

Prime Minister Freundel Stuart of Barbados has stated that once Barbados celebrates its 50th anniversary of independence next year, that country will move from a monarchical system to a republican form of government. We here in the Bahamas should consider doing the same.

According to Freundel, he thought it was “awkward” that Barbadians, in 2015, “have to stand up and pledge allegiance to Her Majesty the Queen”. However, he did state that that country will retain its membership in the Commonwealth. The Bahamas can also do the same, much like India, South Africa, Pakistan and Kenya have already done.

What’s notable is the fact that Jamaican Prime Minister Portia Simpson-Miller pledged, during her swearing in after the 2012 elections, to also move her country towards becoming a republic.

I love The Bahamas. As we celebrate our Independence, I do take issue with the superficial nature of this Independence – in some respects – over the last 42 years.

In truly being Independent, we must develop a system of local government in New Providence and local government officials must truly be empowered. The entire concept has been debased as the politics of central government has taken hold in local communities. Voting is now primarily along party lines – not for the best community organiser, not for the brightest minds in a community.

Can our country truly progress when the civil service remains the biggest source of employment?

When are we ever going to solve the issues relative to generation property?

When are we going to empower our people?

Yes, I am proud to be Bahamian. I truly feel we have the best country on earth. I’m looking forward to July 10 with pride. But, in all of the areas mentioned above and more, we have to expand our horizons and move beyond vestiges of colonialism.

The Japanese were bombed to smithereens when the Americans dropped those atomic bombs on Hiroshima and Nagasaki during the Second World War in August ,1945. But they demonstrated resilience and built themselves into a first world state and the current world leader in technology by investing in their human capital. There must be, in an Independent Bahamas, more investment in our people and in ourselves as opposed to looking outside. Then and only then will we see true self-determination and development that goes beyond mere political independence and/or the twin pillars of tourism and banking.