Grimy Nassau – That Video; The Plight Of Pensioners 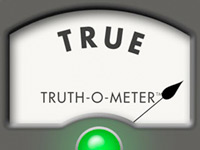 Much ado was made about a video spoofing the touristic offerings in downtown Nassau.

While I understand how Bahamians can feel affronted, we must recognise that it is a spoof video and that it addresses an uncomfortable truth about the state of affairs in downtown.

The reaction to the video has had some Bahamians, in a nutshell, saying: “How dare they criticise our country, coming here in their smelly cruise ships and not spending any money anyhow.”

So yes, the makers of the video were a bit facetious with their rendering, but let’s get real … there was truth in what they said.

In the midst of the outrage expressed by some Bahamians, I hope that we don’t become “little islanders”, lost in our own delusions. We must take a step back and see how the world views us.

We know that there are issues with garbage collection.

We know that horses defecate on the main thoroughfares and mounds of horse doo-doo are just left there by operators.

We know that downtown has become a grubby, dusty zone where tourists are constantly harassed by overly aggressive vendors.

We know that downtown is littered by derelict and filthy buildings.

We know that in the area around the Straw Market and at the wharf, drug-peddling bums roam.

We know that the environment is smelly and one could smell pee on any given day.

We know that there are broken, unsightly signs downtown and on the airport road and elsewhere.

We know that people are hawking their wares even outside the Cabinet office in the city centre.

We know that knock off bags and other products are sold through a corner directly opposite the Straw Market.

We know that Bay Street is a ghost town on Sundays.

We know that downtown is overrun with vagrants.

It is not quaint. It is not cute. We also know that Nassau and Grand Bahama lack tourist attractions and excursions.

About three weeks ago, on vacation in Panama, I had a chat with Duane Sands. I noted that I was basking in their culture, the activities available and that not a single person had attempted to sell dope to me. Duane then travelled to several countries in Europe a week after and told me the very same. I have told him and others that if I were visiting any part of The Bahamas, I would not choose to come to Nassau. The Family Islands are so much better.

There’s no need to brand someone as unpatriotic if they are a realist who can learn from that video. There’s a difference between being patriotic and jingoistic and nationalistic.

I have a five-year-old son. There’s no way I’m boycotting Disney. Besides, if all the people living in The Bahamas boycotted Disney, I hardly believe that a blip would register on Disney’s financial map. Disney is an entity that owns multiple TV channels (ABC, Disney channel), radio stations, recording studios, record labels, cruise ships, merchandise and huge theme parks across the globe. They are a multi-billion dollar entity, so much so that our annual budget is likely a portion of the budget allocated to one of their smaller entities.

How could Disney be blamed for the video shot by two of its staff anyhow? Let’s get real!

The Plight Of Pensioners

It is unreasonable and absolutely absurd for the poor, elderly citizens of our country to continue to live on a meagre $265 to $280 per month. It is high-time that old age pensions are increased.

For most elderly folks living on the Family Islands, their pensions are their only income and their only means of survival. One can imagine how tough that must be when you consider exorbitant electricity, phone and cable bills.

Fortunately for many Family Islanders, most of the elderly residing on these islands built their homes outright and out of pocket. Moreover, many of these do not have to worry about water bills as they use their wells and it is unlikely that Water and Sewerage provides running water to most Family Island communities anyhow.

Once utility bills are paid, it is difficult for our national pearls – our senior citizens – who are supposed to be basking in and enjoying the twilight of their lives to have a decent lifestyle. The food stores on the Family Islands are overpriced and Price Control seems to have lost track of their mandate in pursuing these rogue, greedy shopkeepers. In Long Island, one could find bread basket items bearing prices as if they were specialty, high end options. Why in the world should a can of cream cost $2? Why should a loaf of bread cost more than $5?

How must our aged and retired survive?

In the United Kingdom, pensioners – aged 65 and over – who have contributed by making national insurance payments during their days in the workforce, earn about £116 ($178) per week. What’s more, basic state pension increases yearly by an average percentage based on economic growth and wage increases or by 2.5 per cent based on inflation (whichever is highest). By contrast, the elderly in the Bahamas – those who contribute – earn a maximum of $280 per month. This is embarrassing!

I call upon the government to re-think the current rate of old age pensions and raise it to at least $400 to $450 per month, with the latter applying particularly to those pensioners who contributed to the national pension fund during their time in the workforce.