Christie At The Centre Of Political Rumblings 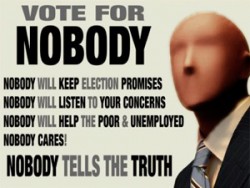 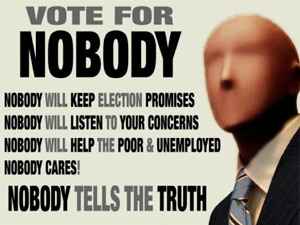 There has been quite a rumble on the political landscape recently as a new party has been projected to launch shortly, Raynard Rigby has announced his intentions to challenge Perry Christie for the leadership of the Progressive Liberal Party (PLP) and it is perceived that the governing party scored a political point with the defection of Wayne Munroe from the Democratic National Alliance (DNA) to its ranks.

Indeed, the silly season has begun!

On a morning talk show yesterday, I highlighted how I feel that both the PLP and the Free National Movement (FNM) have failed as it relates to grooming young leaders and succession planning.

What I respect about Raynard Rigby’s announcement of his challenge to the sitting Prime Minister is that it demonstrates that he has the gravitas, the gumption, the “cojones” to step up – in the interest of the country’s growth, development and the advancement of a new generation of leaders – whilst the other would-be contenders cower in a dark corner and timidly ramble on about how much they love and support Mr Christie and about how they would not challenge him.

Mr Christie must be sitting atop his very own political mountain and gleefully looking down at his frightened minions. The truth is that all those persons who want to be leader of the PLP but won’t take on Mr Christie believe that to do so would be their political deaths and that not challenging shows their loyalty, that it shows how much they can kiss up and suck up to Mr Christie with the hope that he picks one of them and ordains them his chosen successor.

I highly doubt that the refusal of some of Mr Christie’s ministers has anything to do with their admiration and regard for him. They know that they need him to convince the throngs of stalwart councillors – much like Sir Lynden Pindling did for him in 1997 – that they are the one. They all want to be the one!

Leadership and succession in The Bahamas should be viewed like a relay race. One person could only take the baton so far. At the end of their leg, they should hand over the baton so that someone else could take it around the track. That said, for a country that has been independent for 42 years, we have only had three Prime Ministers whilst some of our regional counterparts – who have been independent for that time or a few years more – have had several leaders and have even had female Prime Ministers. What does this say about our political processes?

It appears that our leaders are seeking to hold on to the leadership baton so tightly that they die with it in their hands.

Mr Christie once promised to serve only a portion of a five-year term. However, during the 2012 general election campaign, he changed his mind. It would not be a stretch to argue that Mr Christie, though 72 years old and a pensionable senior citizen, could seek to run again. What younger PLPs around Mr Christie don’t seem to realise is that only a rare person simply gives up power, that only a rare person would simply walk away from being the most powerful man in The Bahamas.

Think of all the pomp and pageantry and sucking up and police saluting and riding in fancy cars and hero worship and attendance to fancy balls and free trips and police outriders and body guards and the delicious food. Think about having command of the government, oversight of the country’s Treasury. Think of that kind of power. Now, does anyone running away from challenging Mr Christie truly believe that he will be giving up any time soon?

Say what you may about former Jamaican Prime Minister Bruce Golding but, knowing that he no longer resonated with the electorate, he stepped aside for his then Minister of Education Andrew Holness. Mr Holness served as Prime Minister for two months before his party was defeated by Portia Simpson-Miller and the People’s National Party. Holness is 43 today and when he became the ninth Prime Minister of Jamaica, he was 40. Our Parliament is not truly representative of the demographics of our electorate. Today, our electorate is predominantly comprised of voters between the age of 18 and 35.

I’m not suggesting that we throw our elder statesmen into the political dustbin. They should move to the side, serve in the capacity of elder statesmen and guide the young, up and coming leaders of this country. They should now be the ones to offer sage advice, to share their experiences and to make younger leaders aware of the pitfalls of governance.

And so, to Raynard Rigby. I think that the former PLP chairman realises that the only way to take power from the old guard is to snatch it away from them. Or, at least try. In Panama a few weeks ago, I had a conversation with our tour guide (from Zimbabwe) and a few other visitors over lunch. We talked about the killing of Zimbabwe’s pride lion, Cecil. The point being made was that Cecil’s brother, Jethro, would not protect Cecil’s cubs the moment he realised that Cecil was not returning to lead the pride. Officials in Zimbabwe were hurriedly removing the cubs, one by one, because the moment Jethro realised it, he would kill every one of Cecil’s cubs so that they could not rise up against him when he sought to lead the pride.

The tour guide – himself a trained guide for hunters visiting Zimbabwe – told me the lion that heads a pride is the one who challenges all of the other males and either kills them or chases them off.

The same can be said with local politics. If all the possible contenders are afraid to challenge Mr Christie, how can any of them emerge? Surely they know that all of them cannot become leader.

Raynard Rigby has become a voice of reason within the PLP. He is representative of a new generation PLP and to that end he is unlikely to be successful in his bid, that is, unless the PLP has an epiphany. It would not be a negative assessment of him but rather an assessment of the fact that the PLP’s culture hasn’t progressed to the point of accepting a progressive thinker. Look around and see who the current tastemakers are within the PLP and one would quickly realise that they are septuagenarians who, more often than not, still run plays using the same tired, played out playbook of yesteryear.

No, many of them have not caught up or remotely understand 21st century politics and, yes, the playbook works but it features misogyny, nepotism, cronyism, a feeling of entitlement and, of course, prevarication.

Unfortunately, we are watching the establishment of an elitist class of so-called untouchables. We are witnessing a perverted version of W E B Du Bois’ “The Talented Tenth”. The only problem in this instance is that what we see has nothing to do with talent and everything to do with connectedness.

Mr Rigby can communicate and articulate and he appears to be in touch with the social issues. I, too, would like to hear him articulate his plan for the PLP and, more importantly, the country at large if he ever becomes party leader or plays a leadership role. By his on-air utterances, he seems to desire to move the PLP in a different direction whilst being grounded in a principle that likely preserves and promulgates a truly progressive and liberal party. At present, the PLP is neither progressive nor is it liberal. I wait to see Mr Rigby’s platform.

These days, I constantly find myself feeling ireful at Bradley Roberts’ kvetching and his petulant and indignant attacks on anyone he feels disagrees with the governing party’s positions and/or, as was seen in the case of Raynard Rigby, with anyone who seeks to upset the political apple cart. Anyone who believes Mr Roberts’ type of language ought to resonate in a modern Bahamas is perhaps someone who believes we should remain in an underdeveloped state. Mr Roberts should be thanked for his service and put out to pasture.

Wayne Munroe’s defection to the PLP is a “good get” on their part. Mr Munroe is articulate and he is an accomplished lawyer with a number of controversial actions that have, no doubt, gained him notoriety. However, for many Mr Munroe seems like a political prostitute. There are those who will say that Mr Munroe is a political journeyman, a carpetbagger. Further, there are even others who have suggested that they don’t know if, when Mr Munroe speaks, he’s speaking from his heart or his wallet.

I have been told that Wayne Munroe is likely to be nominated for the Bain and Grants Town constituency. That constituency is a PLP stronghold and there are many who would be wooed back to the PLP if they had a chance of getting such a safe seat. I am told that current MP Bernard Nottage is retiring and so, if it true that Mr Munroe is the heir apparent, it is likely that he will win the seat.

Wayne Munroe is one of those persons who perhaps can be viewed as a potential future leader. He has influence and people will look to him to see what he thinks on various matters. But some will wonder if the positions he adopts are truly his or influenced by those who hire him.

I can appreciate that MP for Marco City Greg Moss wishes to establish his own political party. However, I think that such an entity will be a political stillborn.

I applaud Mr Moss’ effort but I leave him with the words of his fellow Independent Andre Rollins: “If it is that Mr Moss’ objective is to seek to change the government, he must be asked how realistic he believes change is if the opposition is divided, as opposed to if it is united … We should not be preoccupied with leading a political party or being Prime Minister but instead use the platform we have in the House of Assembly as independent members to focus the public’s attention on the shortcomings of the government and, in some instances, the failings of the government that threaten the future safety and prosperity of our nation.”

The PLP and the FNM must get serious with issues of transition and successor identification, grooming and support – exclusionary leadership has become par for the course in the Bahamas and that is not prototypical of political evolution. We cannot continue to have a political culture where there are folks who hold on to power with a death grip whilst, at the same time, putting their foot on the neck of anyone by whom they feel threatened.