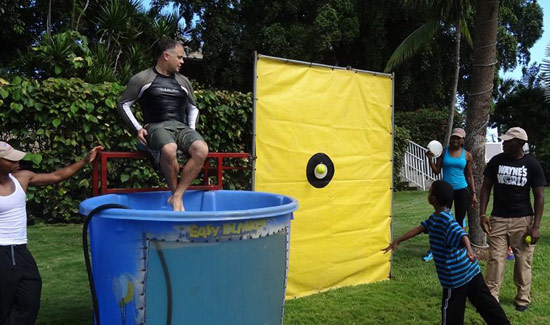 In celebration of Eunice Kennedy Shriver (EKS) Day, celebrated around the world annually, once again the grounds of “Liberty Overlook” were transformed into a mini “Camp Shriver” and a festive atmosphere featuring, food, games and sporting events including tennis, bocce, soccer and music. 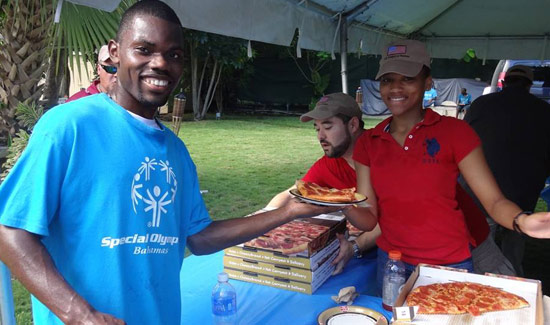 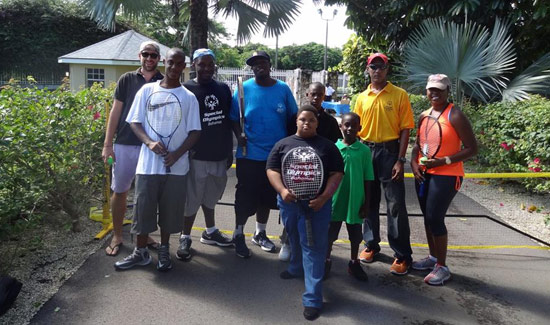 U.S. Embassy volunteers and family members demonstrated their support to the Special Olympics Bahamas by serving food, refereeing games and dancing along aside the more than 200 athletes who participated in the fun day. The featured events included the “dunk tank” where athletes took delight in attempting to dunk senior U.S. Embassy officials.

Captions in order from top to bottom: