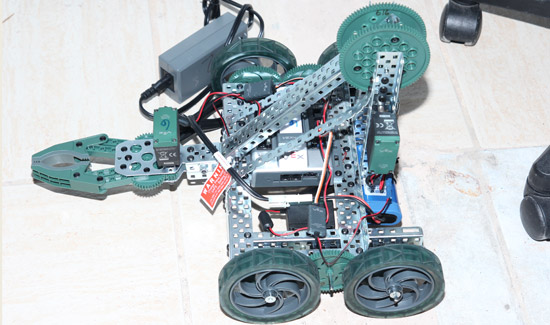 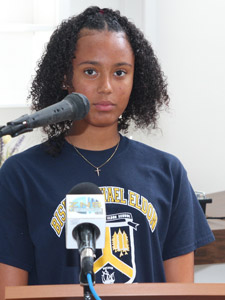 The Rotary Club of Lucaya and its partners have been instrumental in the Grand Bahama Science Club now having a home base that allows for college-level students and faculty to become engaged.

The historic event was held on February 11th at the Bahamas Technical and Vocational Institute’s (BTVI) campus in Freeport, Grand Bahama – thanks to a public-private partnership with the Ministry of Education Science and Technology, BTVI, The Bahamas Society of Engineers, The University of the Bahamas and the Grand Bahama Chamber of Commerce.

The mission of the Science Club is to encourage the interest of high school and college students in science, electronics and robotics. The Rotary Club’s educational programs – AIM (Academically Interested Minds) and SECME (Science, Engineering, Communications, Mathematics, Enrichment) have been operational for more than 19 years, and has produced 64 engineers from the schools of Grand Bahama. 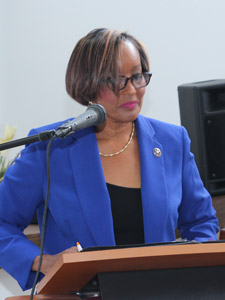 During the well-attended opening that included business and education officials, parents and students, Rotary Club of Lucaya’s (RCL) Program Chairman, Dennis Knowles, noted that the move to BTVI brings a new dimension, as it affords a central facility for the club and allows it to involve college level students and faculty. He added that the Science Club is a natural extension of the AIM and SECME programmes – sponsored and coordinated by RCL. Presently, there are 30 active students in the club, but additional participants are welcomed. 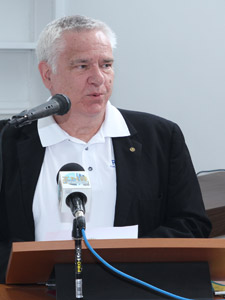 Also present during the opening were President of the Grand Bahama Chamber of Commerce, Mick Holding; President of The Bahamas Society of Engineers, Remington Wilchcombe and President of BTVI, Dr. Robert. W. Robertson.

Dr. Robertson, who was the featured speaker, welcomed the Science Club members to their new home saying, “We are excited to host the club as it aligns itself with our mission of ‘Providing learning opportunities that enable individuals to be globally competitive and economically independent.”

“Fundamentally, we live in a globally-connected, knowledge-based society. The Science Club provides high school and college students the opportunity to engage in active learning that can get them college credits and that prepares them for the complex world of work,” he concluded.

Host President, Rotarian Carol Rolle, during her welcome address, said the official opening of the Science Club marks the beginning of the renaissance of Grand Bahama, as the industrial capital of The Bahamas. 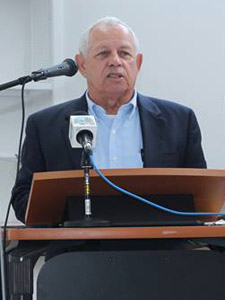 “For science is now in the hands of our young people, the future of our nation and we know that they will take it to greater heights. We commend Past President Dennis for his consistent efforts in bringing this vision into reality and extend heartfelt thanks and appreciation to our partners in this initiative,” said Ms. Rolle.

The Rotary Club of Lucaya and its partners are appealing to industry for continued support, so that programs can be developed for the students now, but also to benefit them upon their return to Grand Bahama with Engineering degrees, poised to work in industry – thus furthering Rotary’s mandate of nation-building.

Captions (in order of appearance):
The focus of the Science Club is robotics – an important aspect of electronics and manufacturing. Students can learn practical hands on skills in building robots and electronics, while building critical thinking skills and working as a team.

Science Club member Rhys Davis, during the official opening of the Science Club in Grand Bahama

President of the Rotary Club of Lucaya, Carol Rolle believes the official opening of the Science Club marks the beginning of the rebirth of Grand Bahama as the industrial capital of The Bahamas.

BTVI’s President, Dr. Robert W. Robertson, said it is exciting to host the Science Club in Grand Bahama, as it aligns itself with the institution’s mission of ‘Providing learning opportunities that enable individuals to be globally competitive and economically independent.”

Rotary Club of Lucaya’s Program Chairman, Dennis Knowles said the Science Club will prepare its students to not only fill jobs in Grand Bahama, but to create jobs as well.