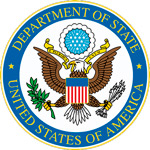 The Embassy of the United States of America congratulates the people of The Bahamas on a successful election.  Citizens throughout The Bahamas exercised their constitutional right and civic responsibility, further strengthening The Bahamas’ robust democratic traditions.  The U.S. government looks forward to working with the newly elected representatives.

Earlier this spring, the Governor General invited the U.S. Embassy and international organizations to officially observe The Bahamas’ 2017 General Election.  U.S. Embassy personnel participated alongside observers from the Organization of American States, CARICOM, and the Commonwealth Secretariat. The U.S. Embassy deployed 30 observers to view the May 10 electoral process in New Providence, Grand Bahama, and Eleuthera.