The Couple Who Captured Our Heart And Soul 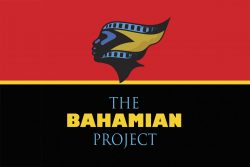 Even today’s bold headlines become tomorrow’s history and too often the people who were at the centre of an historic event or a special moment fade into obscurity.

Nearly six years ago, a husband and wife photography team decided to do something about that and to preserve the moments and the people who made them happen. Duke and Lisa Wells created the Bahamian Project to commemorate those who they believed made a difference in not only the history but the everyday life and heartbeat of The Bahamas. They wanted to minimise the political and capture the heart and soul of Bahamian society and culture.

Explaining their project to me before they started, Duke and Lisa said they would dedicate themselves, their time, talent and money to create large portraits of those who mattered, some of whom were well-known, others hardly at all. At the end of their journey of selecting subjects and capturing images, they would print what they shot in high resolution on very expensive archival paper. Then they would spend even more of their own money framing some of the portraits. If a sponsor came along, great, but if not, they would proceed at whatever pace they could afford.

They hoped to show the collection at a gallery, but there were no guarantees about that, either.

The suggestion to re-name it was not the first time I was wrong. My mistakes are not lonely. The have lots of good company, but I like to justify them as being offered with the best of intentions and free of charge.

According to those plans, the people who were being chosen to be part of the Bahamian Project would sit for the portraits or be captured in a setting that was natural to what made them worthy of inclusion. While subjects would be honoured, they would not be allowed to pay for the privilege of being included. That would keep the selection honest. Nor could subjects reimburse the expenses of the work. All of this would come from the pockets of these two people, she a descendant of a Long Island family, he a highly-paid photographer formerly based in Detroit whose work blazed across some of the splashiest high-end auto ads in glossy magazines and at shows.

Their photographs, they said, would be in black and white, the most powerful medium for exposing human expression and emotion without interference.

Duke and Lisa Wells set out to create a library of the heart and soul of The Bahamas ranging from a former prime minister to a phone card salesman at a busy intersection who had a song and smile for everyone. They wanted to capture cultural icons Peanuts Taylor, Pamela Burnside, Dr Gail Saunders and the dignified conch vendor in white rubber boots, the elder statesman of Montagu Ramp. They captured former Governor General Sir Arthur Foulkes smiling at the face of the woman by his side, his wife, Lady Joan Foulkes, with a look that said all that ever needed to be said about love.

To photograph Mrs Eileen Carron, the publisher of this newspaper, they wanted to position her standing in front of the portrait of her late father, founder of The Tribune Sir Etienne Dupuch, but it had to be in their studio. That meant picking up the nearly life-size portrait from The Tribune, driving it and Mrs Carron to popopstudios, Chippingham, up rickety steps and into the photography studio.

Lisa and Duke turned to the job at hand and with Lisa’s deft quick shots for studies, lighting re-arranged and re-set, Duke began his serious shots, tilt this way, that, the shoot was achieved, the job done. One portrait that will be printed and framed. One life caught on camera while the subject was alive and humble enough to wonder aloud why she would have been included even though the rest of us know the remarkable Mrs. Carron is the longest continuous-serving editor in the world.

That first year, the Bahamian Project proved its value. There was an exhibit at The National Art Gallery of The Bahamas and it was crammed with luminaries and people who had never been shoulder to shoulder with a member of government or a local celebrity before. The cross-section of those attending mirrored the cross-section of those whose portraits hung on the walls. Now in its fifth year, the Bahamian Project includes portraits of more than 120 who have contributed to making this, our Bahamas, the nation we know.

Today, the Bahamian Project includes other highly accomplished photographers who volunteer their time. A small group of devoted sponsors has come on board. Images are in colour and where I feared the colour might interfere with the power of the shot (okay, another mistake), the creativity in the images has made them lasting pieces of art.

What jogged my memory of the Bahamian Project was the search for ideas for meaningful Christmas presents. I thought of the hundreds of photos on my phone that will live in a tiny microdot on a tiny chip forever. When the phone crashes I will be even harder on myself than usual for not downloading in the last six months. There must be others who will kick themselves later as well.

Then I thought of Lisa and Duke and the value of the printed photograph so I am searching for that old-fashioned gift item, the photo album, getting at a few of those images off my phone and into the hands of the ones who will have something to hold on to for years to come. It has been a long time since family photos in print form were a treasured holiday gift. Maybe too long.

At the same time, I was thinking how the visual human history of The Bahamas is richer because of Duke and Lisa Wells, now joined by others and the sponsors who have come along to keep this project going. It was time someone stopped and said Thank You. And it is time for a photographer to capture Lisa and Duke. Place them in their studio surrounded by cameras, lenses, lighting, umbrellas, see if you can do for them what they did for our collective memory. And say Happy Holidays to a couple who mattered, who by trying to capture it for others, became part of the heart and soul of The Bahamas themselves.

Originally published in The Tribune