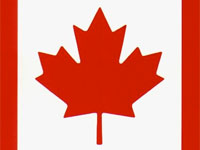 Canadian foreign direct investment into the Bahamas has grown by nine per cent per year from 1987-2009. CARICOM’s Office of Trade Negotiations has identified this nation as being among the “most dynamic” countries in the Caribbean at attracting foreign direct investment from Canada. Only Barbados and Trinidad & Tobago have done better with 22 per cent, and 18 per cent respectively.

The Bahamas’ 9 per cent growth rate per annum indicates the importance of current negotiations between CARICOM and Canada over a new trade agreement.

The Bahamas has attracted about Cdn$11.7 billion in inward investment from Canada in 2009, placing it second in the region behind the $40.8 billion gained by Barbados. The double tax treaty between Barbados and Ottawa has made Barbados the Caribbean hub for Canadian companies.

However, the Tax Information Exchange Agreement (TIEA) recently signed between the Bahamas and Canada could affect Barbados’ tax advantage to some extent. The Bahamas-Canada TIEA ensures that the dividend profits of Canadian companies domiciled in the Bahamas will not be taxed upon repatriation back home.

The Bahamas Chamber of Commerce’s trade consultant, Hank Ferguson sent an e-mail to members of the Bahamian business community, asking local professionals and companies to take part in negotiations to replace the existing CARIBCAN trade agreement with Canada.

The email read, “The Bahamas is party to these negotiations, and both the benefits and the related commitments/challenges are ours to address and secure. These negotiations are active and you should note that you still have the opportunity to shape these discussions by providing input to those that are representing our interests in these discussions.

“We are aware that our national consultations have not been as active as elsewhere in the region, and we will be addressing this shortfall in short order with a full schedule of private sector-led initiatives related to this and the other negotiations on our national trade agenda.” 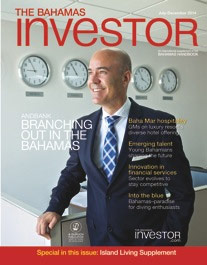 Andbank Branching Out In The Bahamas