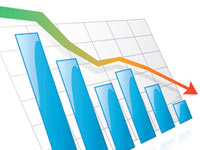 NASSAU, Bahamas — The Bahamas is reportedly the lowest ranking country in mobile broadband penetration rates, according to a report by the Inter-American Development Bank (IDB).

In its findings, the report revealed that broadband is expanding rapidly in Latin America and the Caribbean, but is still lagging behind the world’s most advanced nations in terms of coverage, access and adoption of information and communication technology services delivered through fast networks.

Marlon Johnson, vice president of marketing, sales and business development at the Bahamas Telecommunications Company (BTC), revealed to Guardian Business that the findings in the 2011 IDB report do not reflect where The Bahamas is today.

“If the numbers were reported from last year, when we really only had BlackBerry service on a 2G network, now the numbers would be a lot different, as most of the country is on a 4G network. We have also introduced an Android line into the marketplace,” he noted. “So if you look at the number of smart phone users now with the iPhone, the Android and the BlackBerry phones, our profile is much different in May than what it was in November.”

According to the report, The Bahamas ranked last out of the 33 countries in mobile broadband penetration. Korea came first in the rankings, reporting virtually 100 percent market penetration, followed by Sweden, Japan and Finland. The Bahamas ranked behind nations such as Haiti and Bolivia.

While The Bahamas has ranked last in this report, it is unclear whether the findings represent a comprehensive look at all countries in the world.

Despite these seemingly dismal numbers, Johnson told Guardian Business there is now a tremendous opportunity for all mobile operators throughout the region to expand their capabilities.

“We have the opportunity to take advantage of a new wave in mobile technology to expand the old broadband network. It will not only increase people’s standards of living, but also create more commercial opportunities, allowing more of our remote locations to conduct commerce online,” Johnson shared.

The IDB report, entitled “Bridging Gaps, Building Opportunities: Broadband as a Catalyst for Economic Growth and Social Progress in Latin America and the Caribbean”, is the product of discussions between the IDB and a wide array of stakeholders, including technology companies, multinational and national telecommunications operators, academic institutions and international agencies.

“By improving broadband connectivity and making services more widely available and affordable, countries could help businesses, particularly small and medium-sized ones, become more competitive as well as provide their citizens access to more efficient government services, educational opportunities and healthcare, especially for people in remote areas or in underserved segments of the population,” the report stated.

In April 2011, Cable and Wireless Communications (CWC), BTC’s parent company, completed its purchase of 51 percent of the company for a cash consideration of $204 million. BTC remains the exclusive mobile operator in The Bahamas and the leading provider of fixed line and broadband services.

Since then, BTC has embarked on an aggressive campaign to improve its products and services.

The company’s CEO Geoff Houston told Guardian Business that the 4G network represents a major $44 million investment. He also noted that the CDMA mobile network, in tandem with 4G, provides far more efficient and comprehensive coverage. While BTC has always had a small CDMA network for US visitors, this addition, representing around $4 million in investment, will double that coverage.