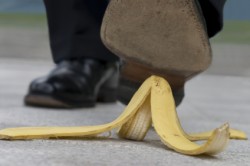 Raising suspicions that the incident was sabotage, surveillance footage related to the investigation into the massive meltdown at the Bahamas Telecommunications Company (BTC) has “gone missing”, according to company sources and reported by a local newspaper.

BTC launched an intense investigation after the blackout, which disrupted telecommunications services throughout The Bahamas on Monday.

To many, it appeared a bit too coincidental that the blackout would occur on the same day that Cable and Wireless Communication’s London-based CEO, Tony Rice was scheduled to hold “sensitive” talks with Prime Minister Perry Christie, whose government has vowed to reclaim the majority stake in the corporation.

There was also a blackout, last year, on the same day the company was sold to CWC.

People who initially had access to the security tapes say there appeared to be something on the camera footage that may have been useful to investigators, a local paper reported.

But when the security tapes were to be handed over to investigators, it was discovered they had “gone missing”.

Up until now, the investigation is an internal one, however, it could become a criminal matter in light of these recent events.

BTC insiders are convinced the incident was an act of sabotage, designed to give Perry Christie negotiating power in his talks with CWC.

Other sources have alleged that PLP operatives staged the incident, hoping it would put pressure on CWC to buckle under and allow the PLP government to reclaim majority control of BTC.

A group of PLP cronies, formerly involved with the mysterious Bluewater company, are said to be waiting in the wings to buy the corporation from the government.

The deal would be structured to allow the government to maintain its majority stake, but give management authority to the PLP cronies, allowing them unfettered access to email, text messages, data transmission and phone calls made by the Bahamian public.