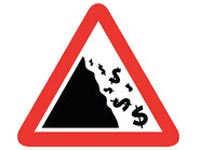 Standard & Poors (S&P) recent Downgrade of their Outlook on The Bahamas from Stable to Negative portends increasing problems for the Bahamas and its recently elected government. The Standard & Poors report essentially stated that the government deficit rose further than expected in the fiscal year which ended June 2012. The report stated that the Negative Outlook reflected the possibility of a credit ratings downgrade if the recently elected Progressive Liberal Party government does not put forth a plan to address the higher deficits and to stem the rise in government debt to GDP. S&P voiced concern over capital expenditure cost overruns and sluggish revenue growth.

The Downgrade and S&P reasoning supports the view which the Council for Concerned Bahamians Abroad (CBA) at www.ourbahamas.org has previously voiced in promoting the need for expeditious implementation of a Capital Market Driven Economy (CMDE) for the Bahamas. By every conceivable measure the Country’s economy continues to slide with no apparent plan in place to resolve the situation. Reports coming into CBA confirm that there is increasing depression of the economy, less job opportunities, and flight of talent out of the country by those who are fortunate enough to be able to leave for better economic climates.

State Minister for Finance Michael Halkitis appeared on a ZNS interview in an attempt to allay fears about the diminishing economy. Halkitis mentioned that the Downgrade on the Outlook was not surprising and that the Government did not expect any change in the situation until the next fiscal year since both of his Government’s first two budgets will be impacted by the high capital expenditures on the road projects, and other necessary expenditures which the new Government has to address. He promised that the Government was looking aggressively at increasing revenue prospects including increased Foreign Direct Investments.

CBA has previously suggested in its analytical reports on www.ourbahamas.org that increased Foreign Direct Investment without the controls and mechanisms of CMDE implementation will not produce the kind of permanent fix needed for the economy going forward. CBA has maintained that a Capital Market Driven Economy is needed to provide increased opportunities for Bahamian ownership of the economy. CMDE would also provide for increased foreign income, and investment in Bahamian and foreign based companies. CMDE investments would not be totally controlled by foreign based individuals, or small groups of foreign investors as is generally the case with the Foreign Direct Investment approach.

Further S&P analyses and ratings will significantly rely on the type of economic development plan which the new Bahamian government puts forward to increase foreign earned revenue flowing into the Country.

The S&P warning also comes at a time when additional problems are now surfacing in the economy. Notably, the Government is currently in the midst of borrowing significantly more money. The Sandals Resort in Exuma has just released information warning of unsustainable operating costs and problems. Spirit Air announced it will be discontinuing service to the Bahamas. Tourism Figures are still on a comparative decline, and Atlantis the largest private employer in the Bahamas is still trying to resolve a challenging situation for which many experts feel there may be no solution without more disruption of the Bahamian economy. Meanwhile reports to CBA reveal that the Government may be increasing its consular and diplomatic profile around the globe, and conducting increasingly expensive travel and missions bound to generate unwarranted expenditures in the minds of those closely watching the new Government’s activities.

CBA calls for the new government to announce and implement CMDE or some other form of medium or long range economic development plan necessary to ally the fears of domestic and international observers.