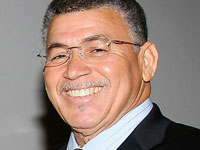 The premier of the Cayman Islands, McKeeva Bush, 57, was arrested early Tuesday morning and detained in police custody in connection with a number of ongoing police investigations.

According to a press release issued by the Royal Cayman Islands Police Service (RCIPS) on Tuesday, officers from the RCIPS Financial Crime Unit arrested Bush at around 7am at his home.

Bush was arrested on suspicion of theft in connection with financial irregularities relating to the alleged misuse of a government credit card; and breach of trust, abuse of office and conflict of interest, contrary to S13, S17 and S19 of the Anti-Corruption Law 2008 respectively, in connection with the alleged importation of explosive substances without valid permits on or before February 2012.

Also on Tuesday, Cayman Islands Governor Duncan Taylor issued a statement acknowledging that Bush had been arrested earlier in the day in connection with a number of ongoing police investigations.

“The conduct of criminal investigations in the Cayman Islands is a matter for the police commissioner. If evidence is brought to his attention which leads him to suspect that an offence or offences may have been committed, I expect him to carry out a robust, fair and comprehensive investigation, regardless of the individual concerned. I am confident that the police commissioner will ensure that this applies to the ongoing investigations involving the premier,” Taylor said.

In April of this year, the RCIPS confirmed that Bush was then the subject of three separate police investigations.

“Finally, allegations have been made in relation to the involvement of the premier in the periphery of a recent incident where a quantity of explosives were imported to the Cayman Islands without the necessary permit,” the police spokesperson said in April.

“All three of these investigations are actively ongoing. The governor and the FCO [Foreign and Commonwealth Office] are being kept fully updated,” the spokesperson added.

The first of the three investigations had previously been confirmed by Taylor in July 2011, when he acknowledged that the investigation in question centred on a letter said to have been written by Bush in 2004, when he was then Leader of Government Business.

The letter to developer Stan Thomas, written on Windsor Development Corporation letterhead, and apparently faxed from Bush’s ministry in October 2004, asked for a balance of $350,000 to be sent to the corporation’s account as a result of Bush having “ensured that all of the proposed re-zoning issues” had been approved by Cabinet.

Windsor Development Corporation is reportedly owned by Bush’s wife, although according to the official register of interests he was a signatory on the corporation’s bank account.

At the time, land purchased by Thomas was the subject of a zoning application. It was rezoned in July 2004 by the Legislative Assembly after Cabinet approved a change in the territory’s development map.

However, at a press briefing in April, attended by Britain’s then Minister for the Overseas Territories Henry Bellingham, who was on his first visit to the Cayman Islands, local media workers were taken by surprise by Taylor’s admission of a second such investigation in response to questions about the first enquiry.

Neither Bellingham nor Taylor would comment further and the governor said it was up to the police commissioner to take the investigation forward and that at some point it would be up to the director of public prosecutions to take the matter any further than that. He then revealed that there was another hitherto undisclosed investigation in relation to Bush.

No details of this second investigation were given.

“I can say that there is a further investigation, a second investigation involving the premier but, as the minister said, it is not appropriate for me to comment on it in any detail,” Taylor stated, adding it was for the police commissioner to comment.

Then came the police announcement of a third investigation related to explosives that were apparently imported into the Cayman Islands without the necessary permit.

Bush’s arrest comes just days after another high profile British overseas territory official, former premier of the Turks and Caicos Islands (TCI), Michael Misick, was detained in Rio de Janeiro, Brazil, after several months on the run following the issue of an arrest warrant in the TCI and an Interpol ‘Red Notice’.

Allegations of widespread government corruption in the TCI have resulted in a number of former cabinet ministers being charged with various offences of bribery, fraud and money laundering.