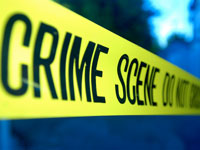 Crime and violence have had a dramatic impact on women, youth and the economic well-being of families in Latin America and the Caribbean, according to several studies commissioned by the Inter-American Development Bank (IDB).

The new studies underscore the more hidden dimensions of the cost of crime on Latin America’s economies, by looking at issues such as women’s health and property values.

The studies were the result of a call for proposals to academics and other experts to use innovative and appropriate methodologies to measure the cost of crime and violence in the region. Out of a total of 117 proposals received, eight were presented by their authors at a January 24–25 seminar at the IDB headquarters in Washington.

The children of women who have suffered from domestic violence have a greater risk of being born underweight, and grow up with more feeble health, with less chance they will be vaccinated and more likely to suffer from diarrhea, according to one study on seven countries in the region.

In Brazil, a greater sense of insecurity lowers the value of urban properties through higher rents. Pregnant women in Brazil are more likely to give birth to underweight babies if they live in higher crime areas, to cite a few examples.

In Mexico, a 1 percent increase in the number of homicides decreases the price of a home by 1.8 percent. In Uruguay, the economic costs of violence total $1.2 billion a year, or 3.1 percent of GDP.

Latin American and Caribbean citizens cite crime and violence as their top concern, above unemployment, healthcare and other issues. The region suffers from some of the world’s highest homicide rates and 20 of the world’s most violence cities are located in Latin America and the Caribbean. Public trust in public institutions and the police is also lower than for other regions in the world.

“Crime has tangible direct costs such as the cost of funding a private and public security infrastructure to prevent and combat crime,” said Ana Corbacho, sector economic advisor of the IDB’s Institutions for Development (IFD) Sector, which covers citizen security at the IDB. “But the implications of crime on the region’s wellbeing are potentially much greater. Violence not only victimizes individuals — it undermines trust in public institutions.”

In Uruguay, the consequences of crime cost $319 million, including the cost of stolen property and the opportunity costs from jail time.

One study focuses on juvenile delinquency. In Colombia, youths who are captured and sentenced are 15 percent less likely to access the formal education system, which represents 0.9 years of education.

“A better understanding of the economic costs of violence and crime is vital for public-sector decision-making in the citizen security sector,” said Gustavo Beliz, an IDB specialist. “It allows for a discussion more grounded on hard information, among officials in ministries who deal with the areas of security, planning, and budgets. This helps violence prevention policies become policies of the state.”