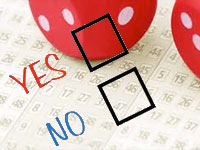 Last week we were told by the Minister of National Security that “regulation implies legalization”, perhaps it was convenient  that a medical doctor made that statement and not a lawyer. Maybe he was “chosen”  because the legal community in the PLP, inclusive of  Mrs Gibson and Mr Fitzgerald would have a problem saying something like that and having  an ill-informed  statement, attached to their names.

I know that the good doctor  has been following the series of events, and it would have been in his best interest to let the “legals” in this drama take this to the public. The term “Non-constitutional amendment” should have served as a red flag. I had called the Miller show this week asking him about the logic in his thinking as we “discussed” why he was voting Yes, and he told me that his motives  were “ideological”, a term that has a wide spectrum of meaning that moves from the subjective to the objective.

I would think that when it comes to the matter of legality and the Constitution, under which the rights of all citizens are protected, even a medical doctor should see the necessity of logic, discussion and clarity on the gambling issue.

An ill-informed electorate will lean toward a No-vote, no matter how subjective the Prime Minister paints this situation, even though the social and financial needs of the Bahamian people are pressing in at this time. The fact that many of the constituents who gamble make up a significant percentage of those “in need”, further complicates matters. Voting  yes or no on January 28, will not mean what most of us think it means.  The Minister of National Security has said that the issue right now is regulation, even though there is no legal framework established for those regulations.

The Prime Minister was right when he said that he has to wait and see how the vote goes, before he can even pursue regulation and that if the vote is no, he has warned of what will happen in terms of persons being displaced from their jobs. What he and his Cabinet has not brought to the public’s table is the objective or long term issues that the nation will have to face, in this atmosphere of confusion  promoted by his “not having a horse in the race”.

I am waiting on the “other lawyers” in the nation to do  a public service and  have an injunction taken out against the January 28th Referendum vote ( if they have not done so already). A decision has to be forced on those who were elected to lead us. If they are allowed to get away with what is being pushed on this nation, what “convenience” will they attempt next?  I am voting No, because the industry of Gambling takes more than it can ever give, and this No is further encouraged by the confusion being promoted because of the damnable attitudes political, social and religious leaders who are more interested in their bellies that what is good for this nation.

With the 40th year anniversary less than five months away will we be content to have this “smearing” of the National image, by an ill-conceived, ill-timed, illogical and illegal Referendum?

From Murder to Murders