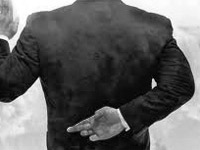 This is more than a national disgrace for The Bahamas. Just under two weeks before the government holds a “referendum” on the illegal numbers racket in The Bahamas, Prime Minister Perry Christie gives an interview to the Nassau media – and the statements he made have tongues wagging all over the nation – and not in a good way.

1. The Prime Minister saying he will not tell Bahamians not to work for illegal enterprises if they want to, because they need jobs. There is no doubt that Bahamians need jobs, but the Prime Minister of the country has now publicly stated today that if Bahamians want to work for illegal enterprises, he as the leader of a parliamentary democracy and a country of laws, would “never, ever” tell them not to break the law. What a stunning, impeachable statement coming from the Prime Minister of The Bahamas, the person whose sworn oath is to uphold the laws and Constitution of his country. So then, can the Commissioner of Police be given instructions please to immediately stop the fight against the drug operation, the gun and human smuggling operation, the prostitution rings, etc? After all, people need to work, so if Bahamians are finding jobs with these operations – why stop them???

2. The Prime Minister already starting to sing the song of how “expensive” it will be for the country to shut down the numbers houses, given the economy that we have. Well Mr. Christie, if your government is not prepared to honor the will of the people at this time should they vote no, then why are you putting a vote to the Bahamian people at this time?? So then the trick is if the people vote no, you have already given them your excuse ahead of time for their vote not being honored. Moreover, your Minister responsible for gaming (Obie Wilchcombe) as well as your Commissioner of Police are not singing that same song about how hard it will be on the country to shut down the numbers houses should it come to that, so why are you? Don’t you guys communicate at all?

3. The Prime Minister pretending to be surprised to hear that the Bahamian people want information and education on the January 28 vote – an educational campaign he steadfastly promised to undertake from the beginning of his government’s process of bringing this poll to the Bahamian people, and a campaign he advised Cabinet that he and his government would carry out. To add insult to the injury of treating us as though we do not know the Prime Minister’s previous words on this matter which are all a matter of public record, he goes on to say he never said that he would be a part of any form of public education on the issue and ramifications of legalising the numbers racket.

Also in the audio clip is the Prime Minister saying the legal views recently stated by PLP attorney Raynard Rigby, views that I as a blogger have also previously published over the last 7 months – “make no sense to him.” Well of course the views don’t make sense to him, because the views are in keeping with the law and the Constitution – two organisms the Prime Minister and his government have displayed reckless disregard for with respect to this entire process and the opinion poll to be held in just under two weeks.

Prime Minister Christie, in all honesty, you are truly a dishonest head of government.