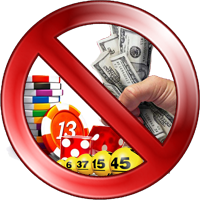 Bahamians voted overwhelmingly against the PLP’s scheme to legalize webshops and they rejected the establishment of a national lottery.

Only high-crime areas of the country voted ‘Yes’, the rest of the nation voted a resounding ‘No’.

The ‘Vote Yes’ gang was certain they would win the vote.  But it was the ‘Vote No’ campaign that had the satisfaction of winning.

“I am not surprised,” said Dr. Ranford Patterson, president of the Bahamas Christian Council.

“Bahamians were able to see through all the gifts and stuff that they (the Vote Yes campaign) were doing, the bribery that they were trying to do.  Our message played a major role in this.

“This is a major victory for the church.”

Island Luck CEO Sebas Bastian said this was a strong rejection for the yes vote.

“Obviously, I would have preferred a yes vote,” he said.

Asked if his web shops will open tomorrow, Bastian said, “I am still watching the results. I haven’t made a decision.”

Rebel pastor Rev. Dr. Philip McPhee, who was allegedly bribed into supporting the ‘yes’ vote, said he too was disappointed and concerned for the employees of web shops.

Vote ‘Yes’ supporters are now pretending to be concerned about web shop employees, but as the nation’s largest website pointed out months ago, there were only a few hundred people working in webshops, not the thousands that the numbers bosses claimed.

Free National Movement Leader Dr. Hubert Minnis said he was pleased with what he had seen.

“Looking at the results that are coming in, I am very, very happy that the Bahamian people have spoken,” said Minnis, who had pushed a ‘No’ vote and criticized the process as flawed.

Referring to Prime Minister Perry Christie, Minnis said, “His legacy will show he was playing with democracy.

“He allowed it to be completely abused by the numbers shops.  Our democracy was being threatened.  The Bahamian people have spoken.”

When The Nassau Guardian called Christie’s house around 8:30pm, it was told he was in a meeting.

Although Christie has said repeatedly his government had no horse in the race, the results are widely viewed as a loss for his government and the PLP party.

In the face of an overwhelming no vote in today’s gaming referendum, the Progressive Liberal Party said it expects that the government will allocate the necessary resources to enforce the law.

PLP Party chairman Bradley Roberts said, “The Prime Minister was clear that his government would be guided by the results of the Referendum and the will of the people… The people have spoken and have rejected the regulation of Game Shops and the establishment of a National Lottery.”

It is unclear if Mr Christie, who heralded the process as one that “deepened democracy”, will really live up to his promise to close the web shops in the event of a ‘No’ vote. Mr Christie has a reputation for making promises he has no intention of keeping.

When he was elected, Christie said he had a “mandate” from the people to hold a referendum on gambling.  Well, he now has a mandate from the people to shut down the webshops. It will be interesting to see what excuse he uses for not following the wishes of the people.