PM: Gov’t Can Not Afford to Buy Back BTC 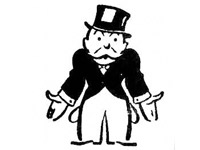 Prime Minister Perry Christie admitted the government can not afford to purchase shares in the Bahamas Telecommunications Company (BTC) to become the majority owner again. But he would not say how much it would cost the government to buy back shares if it could convince Cable and Wireless Communications (CWC) to sell.

When asked by The Nassau Guardian yesterday whether the government will be able to afford to buy back shares given that it is now seeking parliamentary approval to borrow an additional $100 million, Christie said, “No, the message of yesterday (Monday) was we cannot afford to do that.

Despite the financial constraints, the prime minister said the government has not abandoned its plan to become the majority shareholder.

The prime minister said he is even more convinced that the former administration’s sale of BTC was not in the best interest of the Bahamian people.

The previous administration sold a 51 percent stake to Cable and Wireless back in 2011.

Christie maintained that the government will assess its options and put itself in the best position to reacquire the majority shares in BTC.

While on the campaign trail last year, he promised that a PLP government would reacquire shares because it did not believe the government should be a minority shareholder.

The party was also strongly against the sale of any shares to CWC.