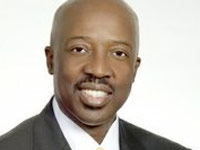 Minister of Labour Shane Gibson said he has put in a formal recommendation to the Bahamas Telecommunications Company (BTC) on behalf of fired employee Elizabeth Thompson, who was a senior manger in the company’s legal department for more than four years.

Gibson did not reveal what his recommendation was. However, he previously criticised BTC on its move to fire Thompson.

The company said in the dismissal letter it wrote to Thompson that she was being fired without cause and added that her continued employment would not be in the company’s best interest.

Union representatives claim she was fired because of her decision to join the Bahamas Communications and Public Managers Union (BCPMU), where she serves as vice president.

However, BTC officials said Thompson was disengaged in full accordance with the law and fully compensated.