Where Is Our Future? 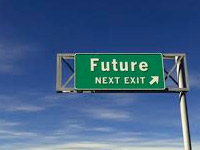 The images and news stories of the Arab Spring that have dominated the international news media for more than a year are a telling story on the importance of the basic concept of democracy, a concept that is spoken about often, but a concept often not fully appreciated. The benefits that are gained from a properly functioning democracy are too often taken for granted.

The beauty of a democracy is that we, the people, get to elect the leaders of our own choosing through a formal process of narrowing down the candidates and casting a vote.

Another key aspect of that electoral process is that there is a time frame in which those elections must come around again. If we the people are not happy with our leaders, we have the opportunity to elect a new leader, thus holding our leaders to a certain degree of accountability.

The equation is not complicated: Please the people or get voted out of office. The common demands from the people are basic: provide security (from outside forces and crime at home), infrastructure, jobs and a growing economy. In other words, provide results.

A true democracy also has a time frame in which there is change. In The Bahamas, the government must have an election every five years. In the United States, it is every two years (for House representatives and senators) and four years for the president. The ability to call for change on a consistent basis allows for stability.

In Egypt, there was no democracy. Former President Hosni Mubarak was in power for 29 years. The people fought to depose him.

We must accept that rallies and protests are part of many democracies. The rallies against the Vietnam War in the United States or those here in The Bahamas against the Bahamas Telecommunications Company (BTC) sale are examples. But these generally don’t call for ousting a leader, just a change in the policy position currently held by the government in power.

But one aspect of a consistent election process that we do not follow is that of term limits.

The Bahamas has benefited enormously from the perseverance of these leaders for equality, prosperity and peace. The people of The Bahamas enjoy one of the highest per capita incomes in the region and access to clean water, power and communication. We have so much to be thankful for.

But it is inevitable that change is upon us. In the coming years, it will be time for a new generation to take governing responsibility for The Bahamas. We must take heed of the lessons provided by our leaders and understand that independence was won with heart and vigor, not to be forgotten.

We have become complacent in our positions and surroundings, a comfort that shields us from the change happening around us. To be constantly challenged by our peers and countrymen sets forth a standard that cannot be undermined.

The children of independence need to stand and prove that they too possess the skills to govern a country in the 21st century. We know that the prime ministers past and present can do it, but where is our future? It lies in the hands of those born during the independence era.

Editorial from The Nassau Guardian