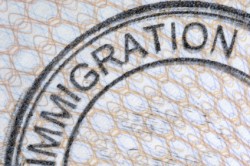 We all agree that Bahamians should be entitled to every opportunity possible in The Bahamas. It is our country. Such nationalism, however, should not evolve to impractical exclusionist immigration policies.

Minister of Foreign Affairs and Immigration Fred Mitchell said yesterday in the House of Assembly that the government plans to cease issuing work permits for maids, housekeepers and laborers within a year.

“But I?say this only as a warning shot about what is likely to come and say this also in the presence of MPs because you can expect in the way of significant push-back from the business community. And if the policy is implemented there are going to be attendant political costs,” he said.

Such a policy change would be a shock in the agriculture and construction sectors. It would also cause significant disruption in households that rely on foreign workers as housekeepers, gardeners and nannies.

The purpose of such a change of policy, we assume, is to provide more jobs for Bahamians at a time when the unemployment rate is 14 percent. Many people, though, argue that it is hard to find Bahamians to work the long hours for the relative low pay that exists in these job categories now occupied by foreigners.

In countries such as Haiti, Jamaica and the Philippines, which have surplus low-cost labor, there are many people who are willing to come to The Bahamas and fill the void at the bottom of our labor pyramid. If the local workers to occupy these jobs at the rates offered simply do not exist, why eliminate the workforce providing the service?

In the agriculture and construction sectors employers may find it difficult to deliver the products they offer if their laborers are denied. Such a change would also likely have an inflationary effect, due to the sudden increased cost of labor.

In households, Bahamian domestics are almost just memories of a bygone era. With the expansion of the hotel industry since majority rule, working-class Bahamians have opted for higher paying unionized jobs at resorts. Foreigners have consequently occupied housekeeping and gardening posts at residences. Many Bahamians would be outraged if they are suddenly denied work permits for people who have worked at their homes for years.

All modern open economies have a component of foreign labor in low-wage sectors. As local populations become more educated or have increased access to better wages these jobs become available. The foreigners who occupy such jobs are not the source of local unemployment.

The government must find a balance on the immigration issue between policies that lead to increased opportunity for Bahamians and those that ensure goods and services are available by those able to deliver them. There is a balance that asserts “Bahamians first” without totally excluding the foreigners we may need to work in various sectors.

Mitchell is right. There will be tremendous backlash if the government stops issuing work permits for low-wage foreign laborers. The Cabinet should think carefully before making this move.

Editorial from The Freeport News