Is The BAAA Bankrolling CARIFTA? 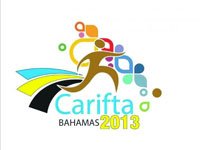 Facility fees are the hot topic being discussed among federation heads once again, this time with the focus on the new Thomas A. Robinson National Stadium, according to a source.

It was revealed that the National Sports Authority (NSA) issued the Bahamas Association of Athletic Associations (BAAA) an exorbitant bill, exceeding $250,000 to use the stadium for the CARIFTA Games. The source also stated that the NSA is asking the BAAA for a dollar from every ticket sold. The 42nd BTC CARIFTA Games will be held March 29-April 1, at the new national stadium.

Guardian Sports contacted Leroy Archer, chairman of the NSA, who dismissed the rumor that fees were sent to Mike Sands, president of the BAAA.

“I am not aware of that,” said Archer. “The BAAA was given a list of what the cost of CARIFTA would be and they have presented that cost to the government. We have a fee list that entails all of the things that you receive in terms of Wi-Fi and the cover cost of energy, water, staffing, the cost of cleaning and supplies. CARIFTA is a national event. I believe that, that (the bill) comes under the portfolio of all national events. I want to leave all of that with the announcement that the prime minister will make soon.”

It was revealed that Prime Minister Perry Christie would make a statement this week to bring clarity to the situation. The Bahamas won the bid to host the games last year, when the late Charles Maynard served as minister of youth, sports and culture. The 2012 games were held in Devonshire, Bermuda. The Bahamas won 40 medals – 14 gold, 14 silver and 12 bronze.

A fee for the use of the stadium is listed on the current Queen Elizabeth Sports Centre Facilities Usage Fees document, but it doesn’t identify which one of the Thomas Robinson stadiums the cost is attached to. The prices listed are $300 per day for federations/associations and $300 per day for educational institutions. Charity events are charged $500 per day, while persons wanting to use the facility for a fundraiser will have to pay $2,000 per day. All business ventures are charged $5,000 per day.

Other facilities that appear on the list, given to Guardian Sports, are the Kendal G.L. Isaacs National Gymnasium, the Baillou Hills Sporting Complex, the National Fair Grounds and the Betty Kelly-Kenning National Aquatics Centre, which has two separate prices.

The source also revealed that the NSA is charging swimmers one dollar per day, on top of the monthly or weekly charges handed down to their respective swim clubs. The Bahamas Swimming Federation (BSF) have a flat rate of $400 per month, and clubs have to pay $250 per month in order to use the facility for practices. Individual members are charged $50 per month. A daily rate of $5 is listed for persons wanting to use the aquatic facility for individual purposes, or a $75-$200 monthly charge. Fees are also listed for quarterly, biannual and annual uses.

“We need to look at the maintenance of all of our assets, what and how we need to maintain our assets so we can keep them going forward. Every Bahamian will be asked to contribute something to cover our overall expenses,” said Archer.

“I think that is a very small fee to be paying, a dollar per day,” said Archer while addressing the dollar per day charge to swimmers. “I think that we as a Bahamian people should sit down, discuss and see whether or not our assets should be social assets or community assets, even then, it comes with a cost. The fee structure is the same that was revealed before. It hasn’t changed. I think that if we were to come to a dollar per day fee that would not be bad based on the cost of our water, the cost of our light, our maintenance and just the cost of keeping these assets clean, but for now, that is not the case.”

Archer is welcoming all businesses to partner with the NSA, in an attempt to absorb some of the fees that are being levied on sporting federations and associations. 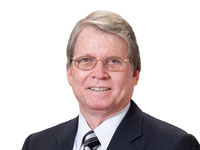