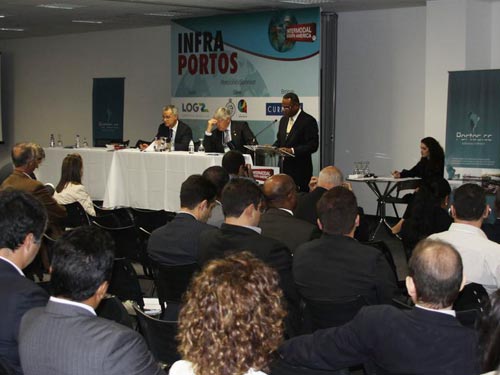 Recognized as the 2nd largest exhibition in the world for logistics, transport and international trade, this year’s event hosted in excess of 40,000 attendees, inclusive of executives from some of the largest and most prominent names in the industry.

GPBA Chairman, Mr. Ian Fair expressed that the conference met every expectation regarding numbers, quality and diversity of attendees at the event. Fair also noted that the Bahamas team worked very efficiently in exposing attendees to the opportunities and benefits of investing in Grand Bahama Island.

“Grand Bahama Island and The Bahamas were well represented,” Fair said, referring to presentations made by Minister for Grand Bahama, the Hon. Dr. Michael Darville, MP as well as himself to industry executives attending the three-day conference.

“This initiative by GBPA, in partnership with the Ministry for Grand Bahama and private sector stakeholders, was a very successful effort.  I applaud Minister Darville and his team, as well as our industrial sector partners for their support,” he added.

“Not only have we furthered our efforts in attracting new development projects to the island, but we are also continuing to strengthen ties between the government, GBPA and private sector stakeholders,  and both continue to be priorities for all involved.” Fair concluded.