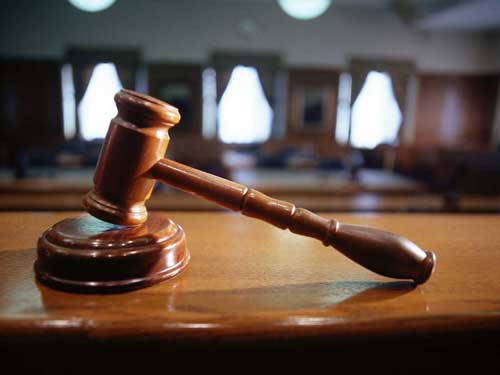 The prosecution’s case against a man accused of murder and attempted murder collapsed on Friday after a judge threw out a written confession.

Supreme Court Justice Vera Watkins made the ruling in the case against Amal Hunter, who is accused of the November 27, 2010 murder of Theodore Berry and the attempted murder of Fred Ramsey at Woods Alley. She directed an acquittal on all charges.

Hunter was taken to hospital after complaining of chest pains hours after he gave a statement to Corporal 2578 Keith Martin on December 15, 2010. Hunter claimed that police officers placed a bag over his head, tased him in the chest and tightened the cuffs around his wrists.

A doctor at the hospital treated Hunter for multiple abrasions that “went through the skin and muscle”.

Martin did not have the interview videotaped because he claimed the necessary equipment was not working at the time. Martin and Corporal Alteda Khalfani both claimed that Hunter was fine during the interview that began at 2:30 p.m. and concluded at 3:10 p.m.

“The fact that Corporal Martin was able to locate Sergeant Pickstock and the portable video recording equipment within a period of two hours after the conclusion of the interview and the recording of the statement, creates grave doubts as to the integrity of Corporal Martin’s explanation for his failure to record the process,” said Watkins. “No credible explanation is given as to why Corporal Martin did not utilize the same equipment used by Sergeant Pickstock to record the interview and recording of the statement.”

Watkins noted that there was no evidence the statutory 48-hour detention period was about to expire when the statement was taken. She said, “It follows therefore that Cpl. Martin had ample time to locate Sergeant Pickstock and his equipment or perhaps another video camera.”

Watkins said a videotape of Hunter showing police the crime scene did not assist her in determining if it was made voluntarily.

Watkins said Hunter appeared to “be an unwilling participant”
whose demeanor indicated “discomfort” before he is shown getting into a vehicle at 5:30 p.m.

Watkins said during the drive there is no indication where Hunter is seated in the vehicle and although two voices are heard the persons are not shown speaking.

Watkins said the end of the video created a “great deal of concern” as Martin says, “It is now 6:10. This concludes the second portion of the videotape interview.”

Based on that statement, Watkins said it is reasonable to infer that there is another tape.