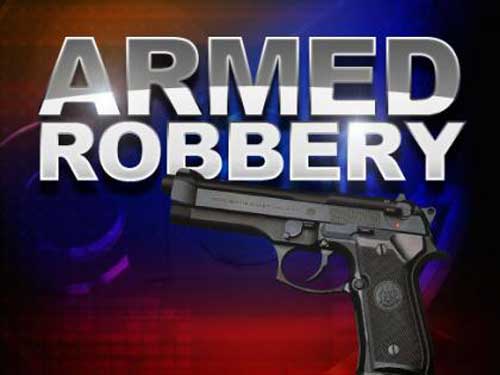 According to police, there were four armed robberies on Saturday, three on Sunday and two up to press time yesterday.

Six of them happened when the victims were either arriving at home or leaving home.

The first incident happened at 1 a.m. on Saturday when a man was leaving his Elizabeth Estates home. Police said he was accosted by two armed men who stole his 2006 Honda Accord.

The second happened around 1:30 a.m. when a woman was robbed of her white 2003 Honda Civic.

Police said she was in the East Bay and Mackey Street area when she was approached by a man armed with a handgun who stole her car.

The third incident happened at 4:10 p.m. when a man was robbed of his white Kia Sportage as he was arriving at his Lynden Pindling Estates home.

The fourth incident happened around 11:23 p.m. when two armed men robbed a man of his cell phone and cash as he arrived at his Garden Hills home.

The fifth incident happened on Sunday around 2:30 a.m. when a man with a handgun robbed a woman of cash and her cell phone as she arrived at her Hillside Estate home.

The sixth incident happened at 8:30 p.m. when a man was robbed at an event at Montagu Beach. The seventh happened at 11:50 p.m. at Potter’s Cay
Dock when a husband and wife were at a stall.

According to police, five armed men approached the couple and one of the men snatched the woman’s jewelry off her neck.

Police said the 37-year-old husband got into a struggle with the culprit who then shot him to the back and fled.

Police said a 21-year-old man had just arrived at his Farrington Road home when two armed men approached him.

The men robbed him of an undetermined amount of cash, his cell phone and jewelry, police said. The men then got into a struggle and the victim was shot. He is in stable condition in hospital.

Assistant Commissioner of Police Anthony Ferguson said police have noticed a trend where groups of two or more men approach victims when they are either exiting their cars or approaching them late at night or in the early morning hours.

He warned people to be vigilant, particularly when driving home at night.