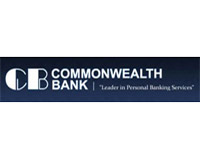 Commonwealth Bank announced that its East Bay branch will re-open for normal business hours tomorrow, Thursday, May 23, while its Oakes Field branch will remain closed temporarily.

“The heavy rains that we had on Tuesday caused some flooding in the East Bay branch,” said Commonwealth Bank President Ian Jennings. “We’ve been able to get in there and assess the situation, and we were fortunate. There was no significant loss of equipment. We remained closed on Wednesday to ensure that our customers would not be subjected to anything that would make them uncomfortable. We wanted to make sure it was completely dry.”

Oakes Field — the busy branch that is scheduled for renovation and expansion later this year — was not so fortunate. Fire broke out after an apparent lightening strike hit the building. Firemen and police had to fight the fire during the height of Tuesday’s stormy weather.

“The police were there last night despite the weather so we were very appreciative,” said Jennings. “We need to wait until they have completed their investigation and we can get in and do a full damage assessment.”

In the meantime, customers are asked to visit any other Commonwealth Bank branch. There are eight others on New Providence and numerous off-site ABMs as well as those located at branches.