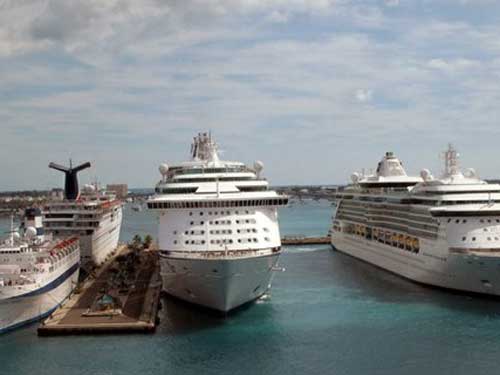 The all-important stopovers market has seen its share of total visitors to the Bahamas drop by seven percentage points since the financial crisis, reaching the point where it accounts for just one out of every four tourists.

Data produced by the Ministry of Tourism shows that stopover visitors to the Bahamas fell from between 31-32% of all tourists between 2005-2008 to below 25% from 2010 onwards.

This means that stopovers, as a percentage of total foreign visitors to the Bahamas, has fallen from around one in three visitors pre-recession to one in four now.

The implications of this trend for the Bahamian hotel and wider tourism industry, indeed the whole economy, are troubling.

The statistics show this nation’s visitor margins have been eroded.

This is because cruise ship passengers typically spend less than $100 per head, particularly in Nassau and Grand Bahama, while stopover visitors typically generate yields of more than $1,000 per person during their stay in this nation.

The data indicates that the Bahamas’ foreign arrivals is increasingly becoming a volume, or ‘numbers’ business, as opposed to a high margin one.

As stopovers’ share of total visitor arrivals to the Bahamas has gone down, the sea (cruise) visitor share has increased by the same amount.

The raw foreign arrivals numbers also tell a story, with air stopovers declining from their 1.5 million high point in 2005 and 2006 to 1.392 million in 2008 – the year the credit crunch hit.

The stopover (land-based) numbers continued their steady decline, dropping to 1.252 million in 2009 before stabilising and rebounding slightly the following years, hitting 1.267 million in 2011.

By contrast, for 2011 the Bahamas attracted a total 5.587 million seaborne arrivals – a more than one million increase upon 2005 and 2006 numbers, years when the global economy was booming.

The early 2013 performance was consistent with this, as air arrivals to the Bahamas declined by 3.4% year-over-year for the first quarter, with both New Providence and Grand Bahama experiencing a decline in the key stopover visitor segment.

The Central Bank of the Bahamas’ report on monthly economic developments for March said that while total visitor arrivals grew by 3.3% to 1.75 million for the first three months of 2013, this resulted entirely from an increase in cruise passengers and other seaborne tourists.

“Preliminary data from the Ministry of Tourism showed growth in tourist arrivals of 3.3% during the first quarter, to 1.75 million, down from the 10.4% advance reported a year ago,” the Central Bank report said.

“In terms of the major markets, visitors to New Providence increased by 9.8%, as growth in sea passengers of 15.6% outpaced a 3.7% contraction in air tourists.

“The arrivals count to Grand Bahama decreased by 5.8% owing to reductions in both the air and sea components, by 19.1% and 3.6%, respectively. Similarly, visitors to the Family Islands decreased by 3.8% with the 5% fall-off in the dominant sea segment countering the 8.4% gain in air passengers.”

By Neil Hartnell
The Tribune