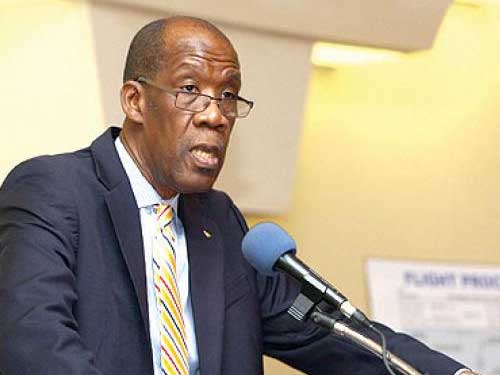 U.S. embassy officials met with Bahamian aviation authorities last week to discuss areas where this nation did not meet the minimum standards for aviation safety oversight in a May assessment, leaving this nation with five weeks to finish addressing deficiencies that may otherwise lead to a downgrade that could threaten airlift into and out of The Bahamas.

Captain Patrick Rolle, Director of Civil Aviation, confirmed the meeting but emphasized that he felt this nation is in a strong position to address the concerns that were raised. The points form the final conclusions of an audit of this country’s aviation safety oversight regime by the U.S. Federal Aviation Authority.

“We should easily meet the August 21 deadline,” said Capt. Rolle, of the FAA’s plans to return in late August to determine the status of efforts to address safety concerns.

He noted that the Civil Aviation Department has been aware of some of the concerns since the May assessment and as such was able to put in place an action plan. He added that at the time of the meeting last week, it had already addressed “fifty per cent” of the points of concern raised by the U.S. officials.

The possible implications of not meeting the August 21 deadline to address safety oversight deficiencies include a downgrade of The Bahamas from a Category 2, rather than a Category 1 International Aviation Safety Assessment (IASA) jurisdiction. A downgrade may impact U.S. carriers’ airlift into this country, due in part to the higher perceived risk from an insurance perspective of flying into a Category 2 country. It would also impact the ability of Bahamian carriers such as SkyBahamas and Bahamasair to expand their services in the U.S.

This potential threat to airlift into and out of this country comes as many stakeholders in the commercial aviation industry and the tourism sector have expressed concern about reduced airlift due to higher aviation fees.

Captain Randy Butler, CEO of SkyBahamas, said he was aware of the FAA’s findings and felt they were “workable and fixable”, but added that he is concerned about The Bahamas displaying a “lack of political will” to address the deficiencies, with this ultimately being a critical part of securing the Americans’ approval.

While he believes that Minister of Transport and Aviation Glenys Hanna- Martin has demonstrated some desire to prioritize the issue of safety oversight, the deficiencies highlighted in the May assessment harken back to a 2009 assessment – the ICAO Universal Safety Oversight Audit Programme (USOAP) Comprehensive Systems Approach (CSA) audit of the Bahamas – and he said the failure to fully address them to date is troubling.

In that 2009 assesment, The Bahamas was found to be the state most lacking in effective implementation (LEI) of a safety oversight system in the Americas.

“In The Bahamas if it’s not broke we don’t fix and we’re not proactive in thinking. We have a very complex aviation industry because of all the islands and so we have to stay on top of the issue of oversight,” he said. “The government needs to demonstrate political will but you hear a lot of talk and you don’t see the budget put in place to support it.”

Capt. Butler expressed further concern with how the Civil Aviation Department is handling some of the deficiencies identified by the FAA, pointing out that the hiring of consultants to bring this country up to speed on its obligations does not bode well for the ability to maintain these systems going forward.

According to Capt. Rolle, The Bahamas has secured the services of foreign consultants to work on issues such as the development of a syllabus that would allow civil aviation employees to “validate” training they may have received.

Speaking of the implications of a downgrade, should the FAA not be satisfied with The Bahamas’ progress come late August, Capt. Butler said: “What would happen is that they would not allow new carriers from The Bahamas in their market (the U.S.). Bahamian carriers that come will not be allowed to expand. The State Department may say The Bahamas is not compliant with the ICAO, and you may have insurance companies (insuring the airlines) take a look at that. It’s a whole impression.

“We have capable people and we need to show the impression that we know what we need to do and how to do it. I am one of those who will do whatever we have to do to pass this audit. You can’t be talking about building hotels and have this whole issue of ICAO and the FAA saying we are not providing oversight and there’s not the political will.”

Llewellyn Boyer-Cartwright, an attorney and partner with Callenders and Co. and an aviation law authority, said that he was not aware of the latest developments with respect to the FAA’s findings, but added that he would be “very concerned” if the findings were negative.

“All of these inspections are not meant to deliberately hurt any jurisdiction, they are there for safety. There’s no wiggle room for error when it comes to safety. The whole idea of the FAA and ICAO is to have an international aviation standard. The point is that it’s there to protect everyone.

“A downgrade would put us in a most unfortunate situation and one that in this economy we just can’t afford right now,” he added. “Jet Blue, Delta or American Airlines are not going to fly into The Bahamas and risk their American citizens should we undergo a downgrade,” he predicted.

Both Capt. Butler and Mr Boyer-Cartwright emphasized that The Bahamas remains a “safe” place to fly, but that the issue is a system of formal oversight to check if safety is being assured.

“Pilots go for training every 6 months, the maintenance folks have to always be updating their skills, you are always being inspected not only by regulators, but by the aircraft manufacturers, and if you are not maintaining it according to them then they will not let you use it, and of course we have so much invested,” said Capt. Butler.