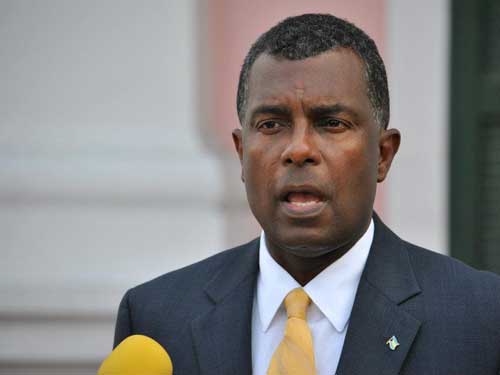 Ros-Lehtinen claims that while US and Bahamian officials were discussing requests not to deport 24 Cubans, the detainees were already on a plane taking off for Havana, something the Foreign Minister Fred Mitchell apparently forgot to mention.

She said: “Bahamian government officials told US State Department officials in the Bahamas that the video of the abuses against the Cuban refugees was accurate.

“Also, last week, the Bahamian officials stated that the guards had been reassigned and security cameras were installed due to these incidents. Yet today, the Foreign Minister denies all of these words.

“The Foreign Minister also stated on Friday that the Bahamian government would not send Cubans to any third country such as Panama because it could encourage further illegal migration. He now says merely that Panama had just not filled out the proper paperwork even though the Panamanian government had sent a letter to the Bahamian Foreign Minister regarding asylum being granted to the Cubans refugees.

“Furthermore, US officials had set up the meeting with the Foreign Minister at the airport to discuss these issues and to request that the Cubans not be sent back to the Castro dictatorship, but the Minister did not inform our officials that the plane carrying the Cuban detainees was on the tarmac ready for takeoff as the conversation was taking place.

“There are Cubans still left in the horrid detention centre in the Bahamas and the government of that country must improve the livelihood of those under its care and provide basic necessities for these freedom seekers.”

Amongst the 24 Cuban migrants repatriated on Friday were eight who had been involved in filming a video on a cell-phone showing an alleged guard at the immigration detention centre kicking several detainees on the ground.

Although The Bahamas government initially claimed the video was faked Ileana Ros-Lehtinen said US State Department officials informed her that The Bahamas has now agreed to the veracity of the video and had removed the guards.

Panama had offered asylum to the Cubans who had filmed the video and 11 others allegedly beaten, but over the weekend Mr Mitchell said: “There is no offer from Panama to take 19 asylum seekers from The Bahamas contrary to what has been published in the public domain. We have asked Panama for a formal explanation of what we have read in the press.